India / Musings on Life
While travelling with one of the travel groups I got to know about the Facebbok page " Cycling across India " and the man behind the wheels err handle bar. I quickly ran through the FB page and got hooked to stories of Izhaar who has been riding around India on his bicycle. Izhaar's love for travel combined with his passion for cycling set him on an expedition to cycle across India! I have read about such expeditions before and have found it crazy to even think about the idea of pedaling across the country considering the different terrains, climate and the time. But hearing to Izhaar's story made me think nothing can get crazier than this! Well, he got drunk one night and decided to cycle across India to set a record and with hardly any plans he set out his journey! Can't believe that he has already crossed 100 days and has done more than 8000kms in his cycle. It was a pleasure catching up with him, hear more from the man himself. Meet Mohammed Izhaar and know about his expedition on cycling across India. [caption id="attachment_966" align="aligncenter" width="1280"] 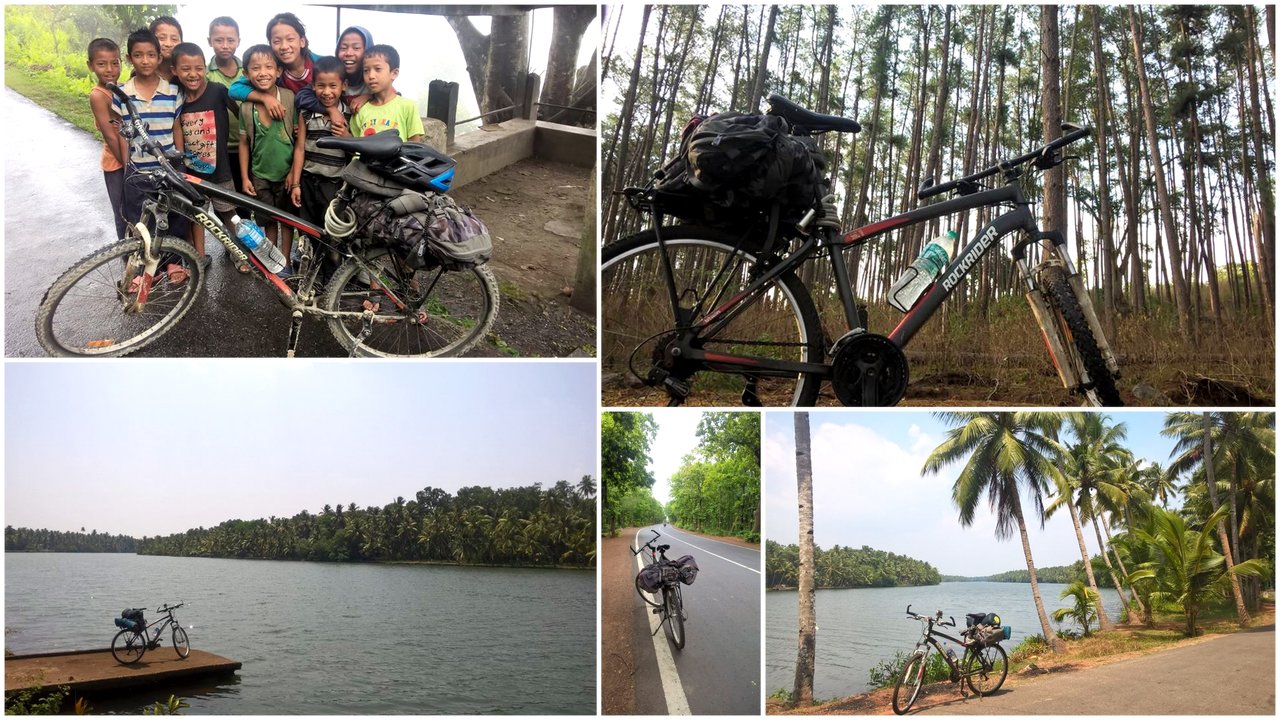 Izhaar's Cycle[/caption] Why do you want to tour across India on a Cycle? It was a Friday night and I was drunk, contemplating on life and my everyday job. I realized I spent my weekdays waiting for the weekend to arrive so that I can trek or travel somewhere. And that is when I read about Nagaraj and his Guinness record of 'First man in the world to cycle the longest journey in one country'. I just couldn't sleep for two days straight till I decided that I'm going to do that. I knew I can and I knew I should. I was too bored of whatever I was doing and I decided to 'Cycle across India'. Timing seemed perfect as my Birthday was some 20 days away and I decided to start on my birthday. So you started your trip in 20 days? Did you plan at all? Oh!! I didn't even have a proper route map before leaving. It was kind of impromptu. Most of the time was spent on servicing my cycle, buying and fixing some accessories on the cycle, setting up a secondary bank account and purchasing few necessities. In fact, my credit card expired just then and I had not even received my new card before I left. I collected little information about each state and marked few places of interest and that is it. I started on my birthday. [caption id="attachment_970" align="aligncenter" width="1280"] 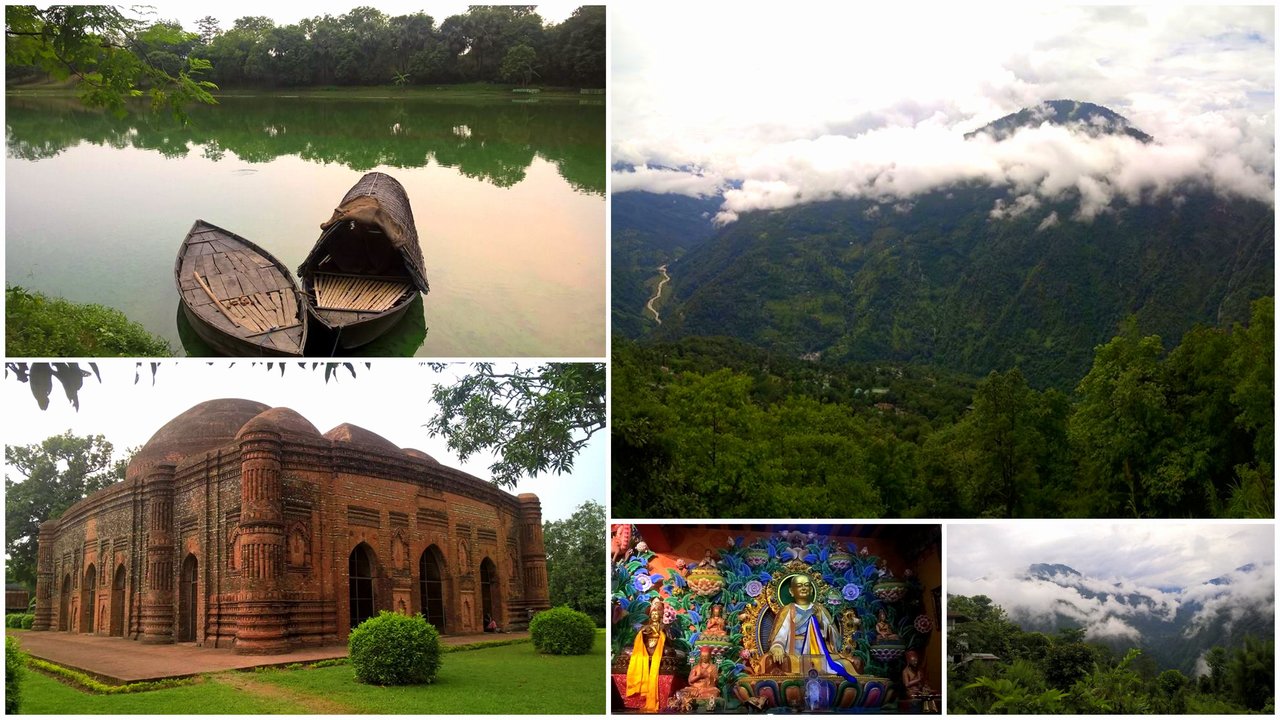 CyclingAcrossIndia- West Bengal[/caption] How has it been so long? I can go on and on about the changing weather. It was super hot in the south. There were days when I couldn't sleep due to the heat. Yes, no sleep after a tiring 100-120kms of ride. I would be tired as hell but would be sweating so much that it was quite impossible to sleep. But then I got stuck in the cyclone at Orissa. I was trying so hard to keep the cycle and myself to the ground such were the heavy winds. I had actually planned not to spend anything on stays. May be spend once in three days in a lodge or so. But it went for a toss. There were many incidents of not letting me to pitch tents, once even police came in midnight and checked thoroughly. And staying at mosques and churches were also not working, with everyone needing a permission from committee before hand. Some dorms and lodges are not happy in giving rooms to 'single' people. It's just crazy! A couple of couch surfers helped and am hoping to find more such people. Some days were challenging driving a lot, some places were overwhelming, but some days were meh.. but overall it has been a great ride so far.. [caption id="attachment_969" align="aligncenter" width="1280"] 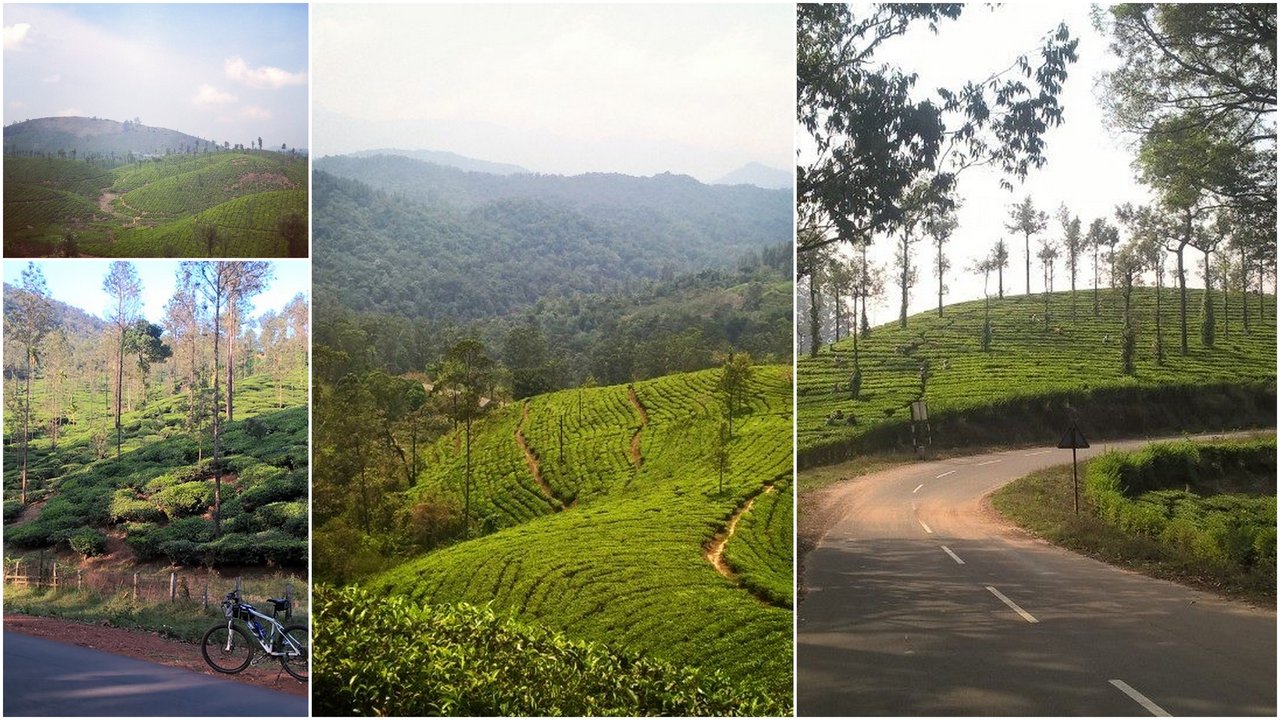 CyclingAcrossIndia - TamilNadu[/caption] Not much can be carried on a bicycle. What all have you packed? You see this Green T-shirt and black shorts? It has seen 55 days so far. 55 Days of hot southern summer, trekking in forests, cycling in almost every terrain, even swimming in most of the beaches. They are still intact. They get washed twice. Mornings in sweat and evenings in water. Not sure how long its gonna make it but thats how minimal I have packed. There is a big backpack which has all travel related gadgets, cycle repair kit, pumps, lots of chargers and some clothes. And there is a small one with camera, cash and stuff. I had a tent and sleeping bag as well which were not used much on the way. So had to send them back. [caption id="attachment_971" align="aligncenter" width="701"] 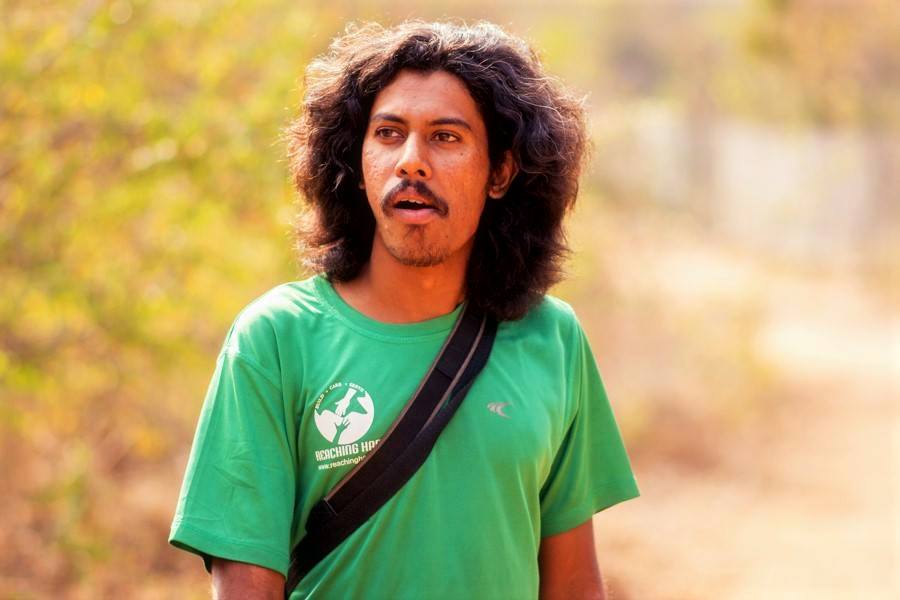 Me and My Green Shirt[/caption] Are you driving for any cause or any goal? I did think of doing it as a Guinness record. But then my GPS watch gave away many a times among dense forests, so it was not recording my progress properly and gave up on the idea. I did and do want to attach a cause, like helping some NGO raise funds for kids, but I don't have much contacts. And this was planned really fast. So let's just say it is a gift for me. Oh then no sponsors too? I do have - my friends! They are the one helping me out as of now. I haven't quite approached anyone for sponsorship. I'm too bad at selling stuff, not much noise making guy and just a simple guy who would love to live in the forests. [caption id="attachment_968" align="aligncenter" width="1280"] 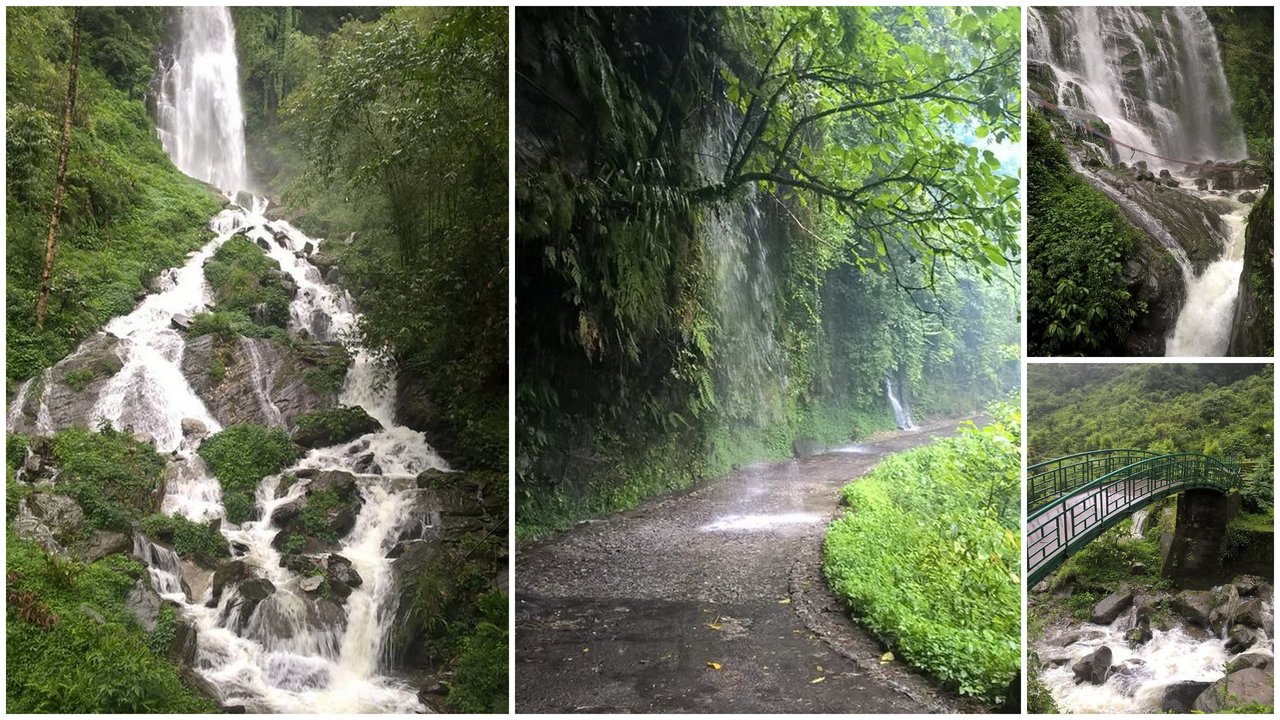 CyclingAcrossIndia - Sikkim[/caption] How did your friends and family react when you first told them about your plan? Everyone around me had gone completely bonkers. I asked for a 6 month long leave at my office and I was expecting to be shown the door or some friendly advice about how not to waste my life but then two hours later, my office granted me the leaves. My colleagues pledged some money and also promised to send more if I exhausted my budget. My roommate was ready to pay my share of the rent for my accommodation in Bangalore. And I did not even ask anyone for anything. It was like as though am going on a war against some alien invasion to save mother earth and everyone wanted to prep me for that. That's nice! Any interesting people you met on the way? Plenty! For instance at Srisailam, I went down to see the dam there and it got late while coming back. At around 10am sun was burning down and after climbing half of the hill I was done for the day. It was horrible summer days and so I decided to stay till 4pm in a small shop with a shady bench. Around afternoon the shop owner took pity on me and asked me for lunch. I muttered "can I get curd rice?''. But that guy got me a plate full of rice, sambar and even curd from a shop a hundred meters away. I realized only later that it was their food that they had decided to share with me. He stood next to me holding salt and water and lamenting that food here might not be as good as Bangalore's. He didn't even let me wash the plate. All that without even asking my name. So much kindness all through the way. [caption id="attachment_967" align="aligncenter" width="1280"] 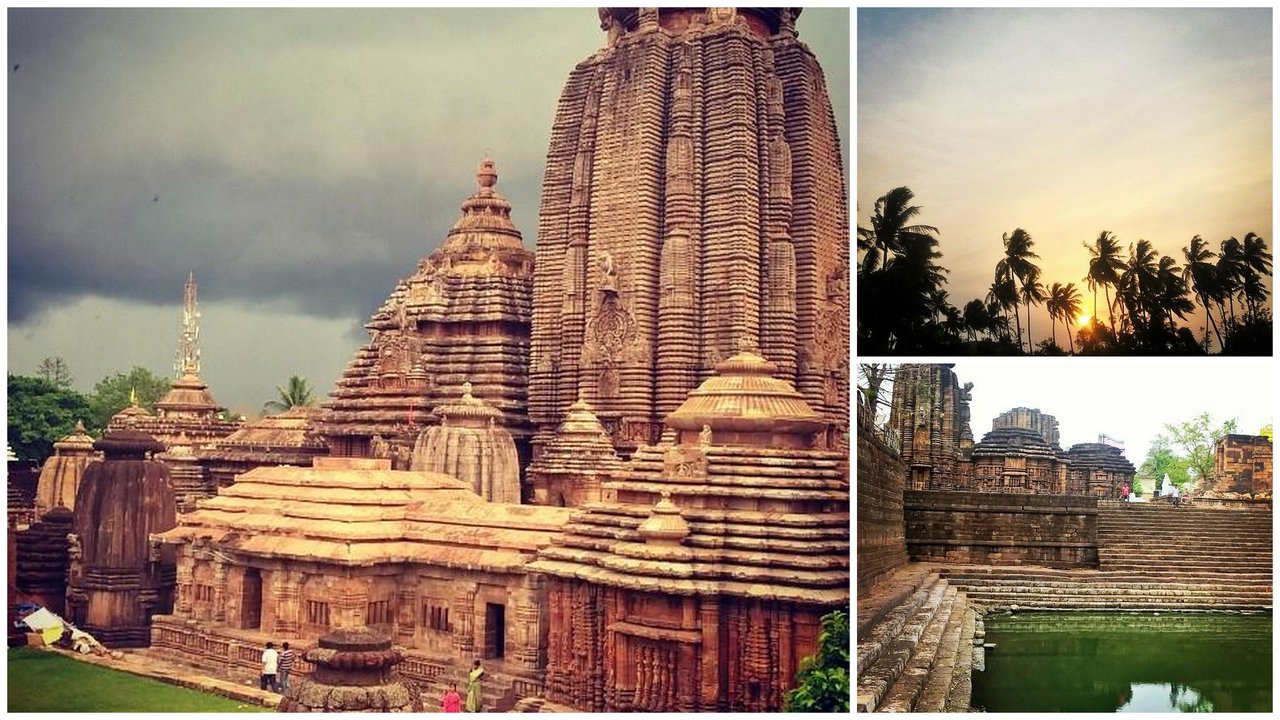 CyclingAcrossIndia - Odisha[/caption] That's nice.. Where to next? I, well.. Slightly deviated from where am supposed to be heading to and now am doing a little bit of Bhutan too.. And then I will get into Assam.. And then to where, I have no idea as of now. I guess that is the thrill of all this. To savor the present day and wonder where to next. :) Not often we find someone who follows their heart and decide to take up their passion. Wish him loads of success. If you see him on the way, stop for a coffee or say a hi and be gracious to open your doors to provide stay. Izhaar is looking for couch surfers to open up their home for him Follow Izhaar's trail here: Facebook - Cycling Across India Instagram - Cycling Across India [caption id="attachment_972" align="aligncenter" width="960"] 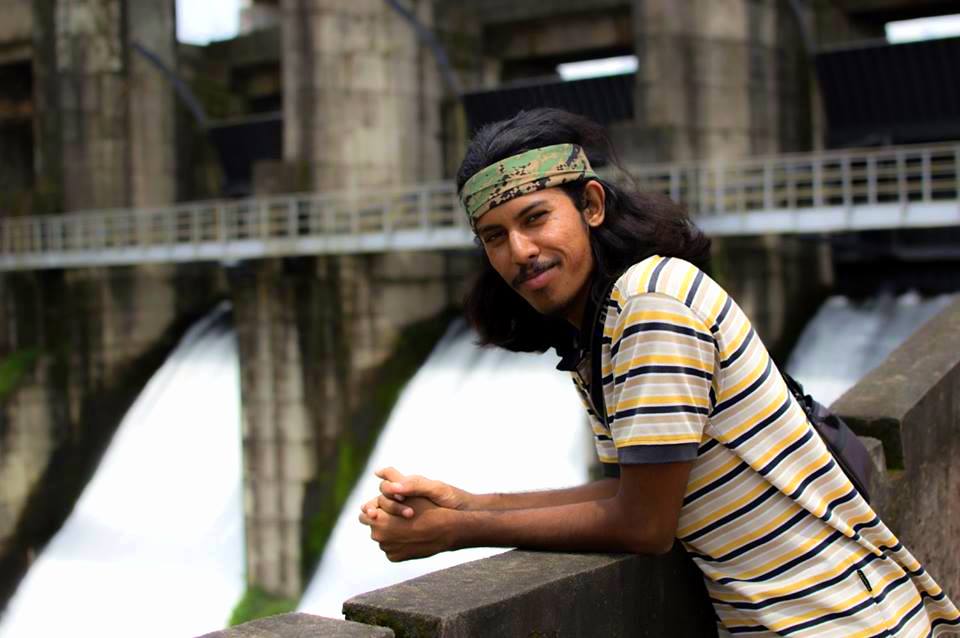 Mohammed Izhaar[/caption] This is not a sponsored post. All the photos are copyrighted to Izhaar.
Previous Blog

Some swag and sunset.. places to see in Varkala, u