Earth Day – 10 Travel Destinations that brought Environmental Awareness in me

Today, April 22nd is celebrated as Earth Day. The day when saplings get distributed, lights are used minimally and try to car pool to reduce carbon foot print. But is it just one day of keeping watch on ourselves enough to save our planet? As you travel, a lot of realization happens over time. You discover new place, see new way of living, explore the unknown path and in the course you learn a lot of things. And I learnt how huge earth is, how small we are in front of nature, how earth was/is filled with resources and how we have managed to exploit them, how every action of ours is important to conserve the world. So on this Earth Day I write about, Ten travel Destinations that had an impact on me and brought in me environmental awareness.

Gangotri glacier is believed to be the source of river Ganges. It is one of the biggest glaciers of Himalayas and it is receding at a really fast pace. It is estimated on an average yearly it recedes by 19m. While melting glacier by itself is a worry, I was thinking deep about what we have done to the water from the glacier. Through out the trek one can come across the tributaries and small streams of this glacier. The water you collect to drink out of these streams is out of the world. Water has a taste! Did you know that!? And just drinking that water gave so much energy, no need to even add glucose to the water. So the unpolluted world offers us an energy rich tasty water and look what we have done to it? We prefer to drink tasteless water with added minerals out of plastic bottle! We definitely need to clean up our rivers and lakes. And I learnt how precious water is and how we need to save it.

There is a whole lot new world down that rough ocean! It is equally populated but more colorful and an ecosystem where you disturb one, everything goes for a toss. And we pay no heed to it! We put in pipes, cables, dump waste and once in while spill around oil! You know it is more like walking into someone’s house and dirtying it without least bothered about it. Coral and Coral reefs do not get formed in a day! They are so beautiful and we are watching them die! And I learnt never dump anything into the ocean! 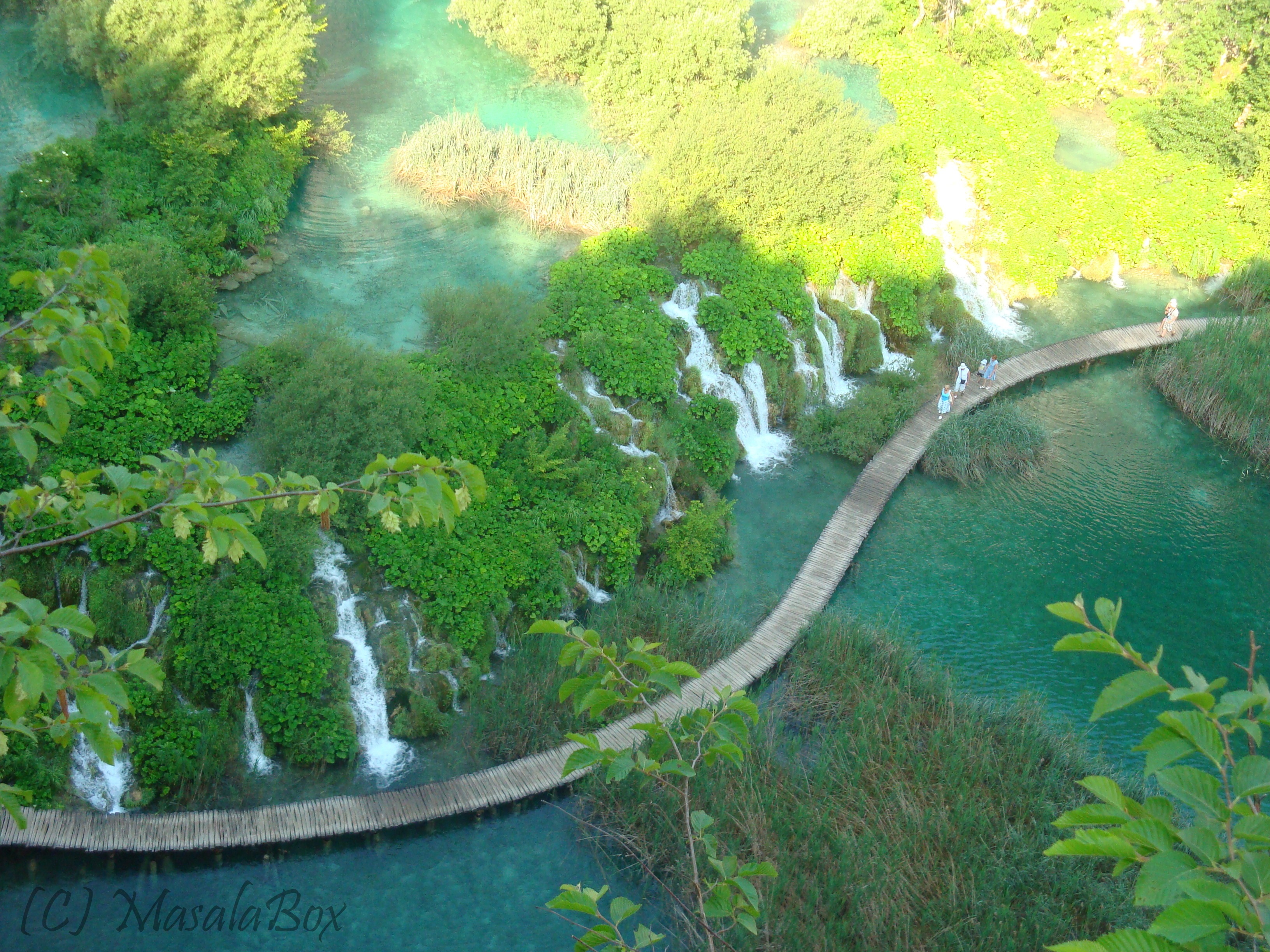 This was one of the most pristine and well maintained national park I have visited till date. Waterfalls cascading and forming natural pools, with all possible shades of green and super clear water that you can see the fishes happily swimming by..The policy of the place was to not allow swimming and no littering. Imagine a world if we had left it as untouched as this place, the whole world would have been so beautiful! And I learnt not harm nature and grow more foliage.

The salt desert of Rann of Kutch is such a beautiful natural phenomena. It takes you by awe and you are lost in the vastness of the white desert. But it is terribly exploited by the tourists! There are hell lot of tourists being let into the desert every day, and not all are responsible travelers. So what are we capable of doing? To go spit on the beautiful white desert! Seriously!? People, stop spitting

I have a great interest in wildlife and my recent addiction is to take wildlife safaris and get lost in the trails of the jungle. It is so mind blowing to understand the life of animals and very thrilling to spot wildlife. But these parks are not always rosy! There is a big coal mine operating so close to Tadoba. Indian Oil has set up huge plants so close to Narara Marine National park, imagine one tiny spill and the whole marine park will be in danger. The buffer zones of forest always have a strife between humans and animals cause we slowly keeping eating into their area. Deforestation has led to leopards venturing into the cities. Though we caught the attention using “Save the Tiger” campaign and increased the Tiger population, the number of deaths due to territorial fights have increased. We need to expand the forests and give space for animals to live. World is not meant only for man!

Elephants are super majestic creatures. Having seen them in the wild, walking with their pride, protecting their babies from the rest, bringing down the heavy branches of the tree, smashing huge bamboo shoots as they walk through; it is an absolute pain to watch them chained and they try hard reaching out to the few leaves lying in front of them. It is not an elephant camp where elephants are meant to roam around free and it is nursed. It is chained and more or less stands like an exhibit where people give money to mahout and pose with the elephant. No it is so wrong! Elephants belong to the wild and they need to be given the space where they should belong. Imagine tying up a man and put a board in front of him, “Man is in Masth, keep away”!! And I learnt every life on this earth have the right to live the life they want and man should not try to control it.

What can I say about Bhutan! Everywhere there is greenery and they have so much respect for their land. Bringing down their national tree is a great offence. Name any kind of vegetation, it can be found in Bhutan. As you travel across one stretch is full of pine trees and then rhodendrons and then alpine meadows.. It is so beautiful. More than 60% of the land is in forest cover and recently you all would have read the news of how they planted trees to celebrate birth of the Prince. Such is their commitment to conservation. And I learnt respect earth it gives you abundant resources in return

I would rather say this might be the story of any village in India. Shivarapatna is a village of sculptors. However it is not that there will be demand for idols all the time and sculptors will be busy all the time. On other times their job is farming. The village has a huge canal constructed, waiting for water to rush through but now just filled with weeds. And the water they are expecting is from the legendary Bellandur and Varthur lakes where pollution was so high that it went up in flames. Many a times people think, they being one among a million, dropping a plastic cup in the world does not matter. But like you many more will have the littering mentality leading to a larger dump yard. We don’t realize how our tiny actions can impact so many people! And then I learnt, in some way or the other day all of us are connected in this universe and we need to be good to each other.

Probably the last standing forest of Bangalore? When me and my friend went looking for it, we drove past the area and then realized the entry is a little behind. Once you enter, it is mud path with tall eucalyptus trees and a sight to behold. Getting on to the top of the rocks either side of the forest is the concrete jungle. Why do authorities even allow construction to happen so close to the forest? A huge high rise building so close to the forest made me imagine the amount of noise it would have created driving away the inmates of the forest. Though I was surprised to see patch of forest still left out from being cut down, I also learnt at least such patches of forest has to be conserved and construction at rapid pace should be prevented to get at least some fresh air.

Kalo dhungar or the black hill is the highest point in the Rann of Kutch. Getting on top of that hill made me realize how vast the earth is and how teeny tiny we are in this world. This picture does no justice to the place. To one end you can see the white desert, then the mountains, then the sea and then somewhere border with Pakistan. At the end of the day we are just a tiny speck in this universe and better leave the earth also that way rather than making so much noise and leaving behind your carbon footprint.