India / MasalaBox Reviews
What is your kind of vacation? If the idea is to find a nice retreat and just chill in a resort without burning your pocket then I have an awesome deal for you. I love to stay with style. I especially hunt for heritage properties and properties with views that make you feel so good to be there and you don't feel like doing anything else but just laze around the room and pool. I was looking for one such option. To the extent that I was thinking I will do some staycation in Bangalore. Just then TravelSpice.com called me and asked why don't I try their services. I had my own doubts about TravelSpice and more importantly I was not very sure how the system works. All I knew about TravelSpice is that, I have seen the ad floating up in facebook which says, "TravelSpice can get you a 3 star, 4 star or 5 star properties at rates that are less than the market price and save upto 70%". I decided to try out TravelSpice as my new online hotel booking platform and the destination this time was Mysore. [caption id="attachment_2500" align="aligncenter" width="720"] 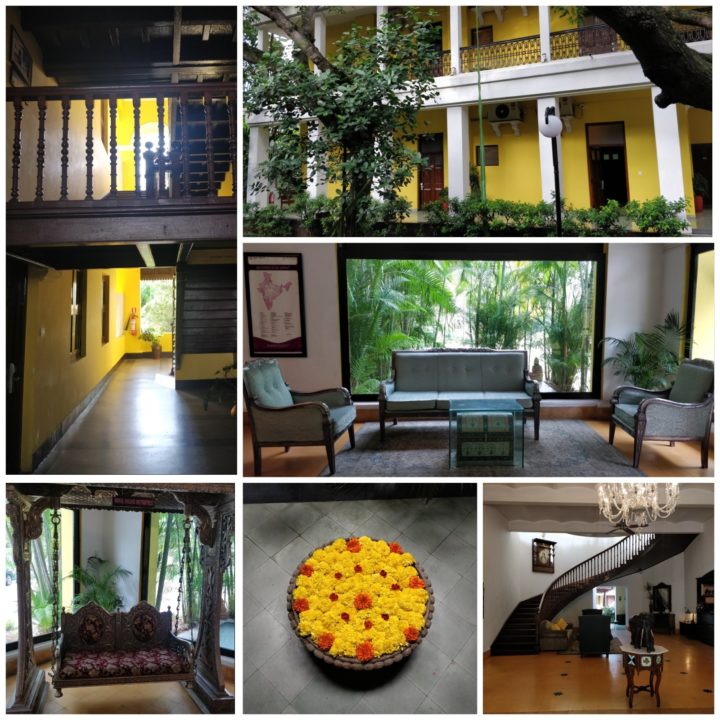 TravelSpice is an online hotel booking platform but the way it operates is different from your regular booking sites. Other hotel booking sites, you would chose your hotel, it would list the available rooms with prices mentioned upfront and you would pick one. TravelSpice.com however is a bidding platform. Often hotels do not get sold out completely. And it is to these room that you try to bid for an occupancy. If you are looking for a stay in say, Mysore. Then you select that as an destination, select a locality in Mysore that you wish to stay. TravelSpice would list the hotels in the area. You would then bid an amount stating you are willing to spend X amount. TravelSpice would then bid to all the hotels in the area that a customer is willing to pay X, would you be interested to take this request? Hotels would rather fill up their rooms for the X amount that you are willing to give than leave it empty. So you bagged a stay in a star hotel for the price that you wish to pay. Congratulations :) The booking process is simple. However there are couple of things that you need to keep in mind while booking through TravelSpice which I will highlight later. [caption id="attachment_2502" align="aligncenter" width="960"] 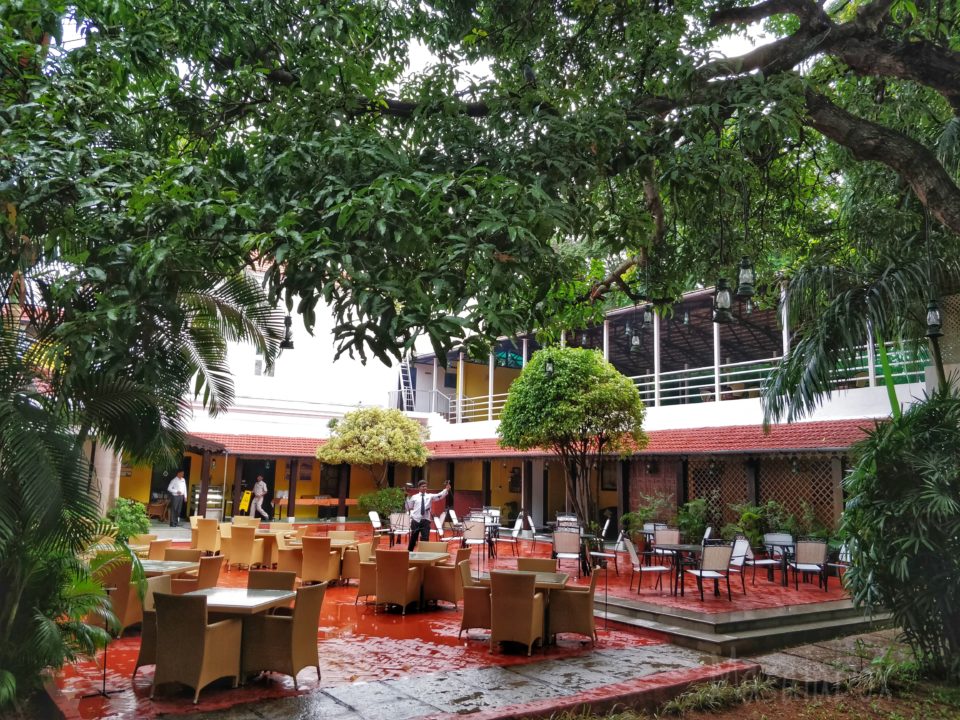 How to Book Hotels using TravelSpice?

Let me do a simple walkthrough of how to book hotel using TravelSpice. It is pretty straight forward and self explanatory. Pardon me, my laptop crashed and the screenshots that I had taken during the booking of my hotel stay is no longer available. So these are new ones that I have taken after my trip. [caption id="attachment_2497" align="alignnone" width="1345"] 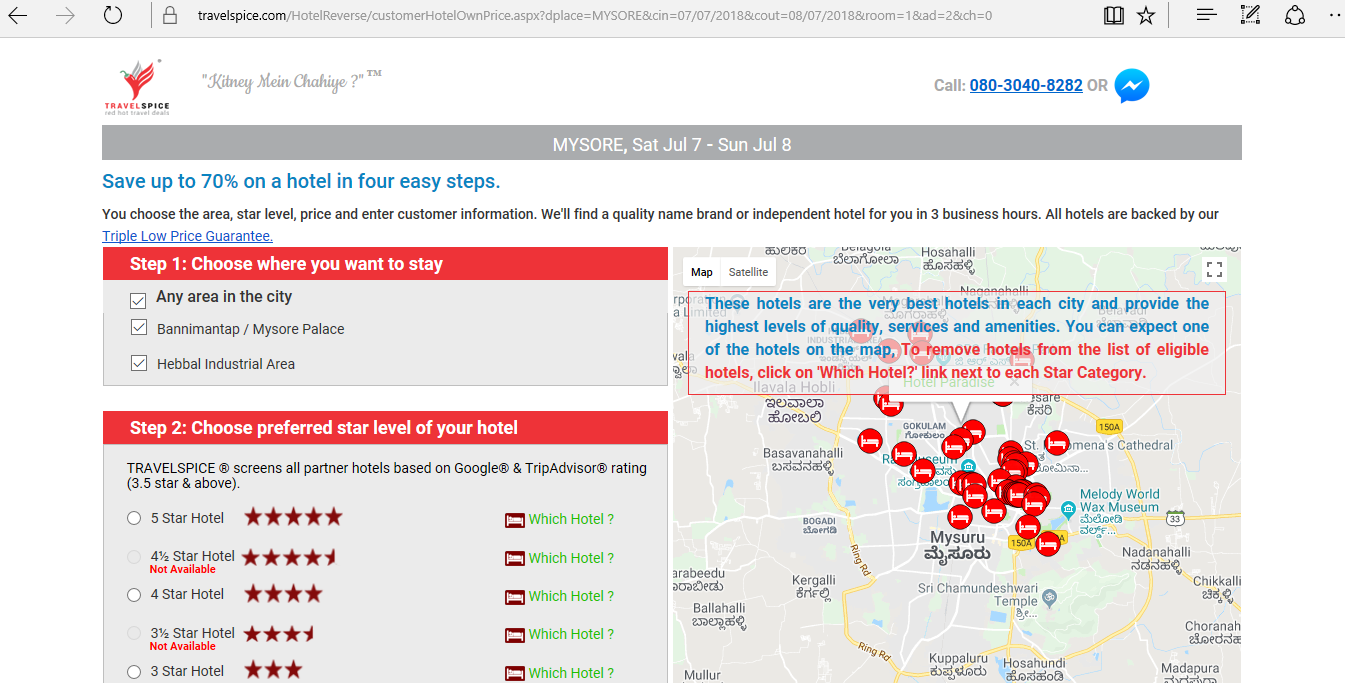 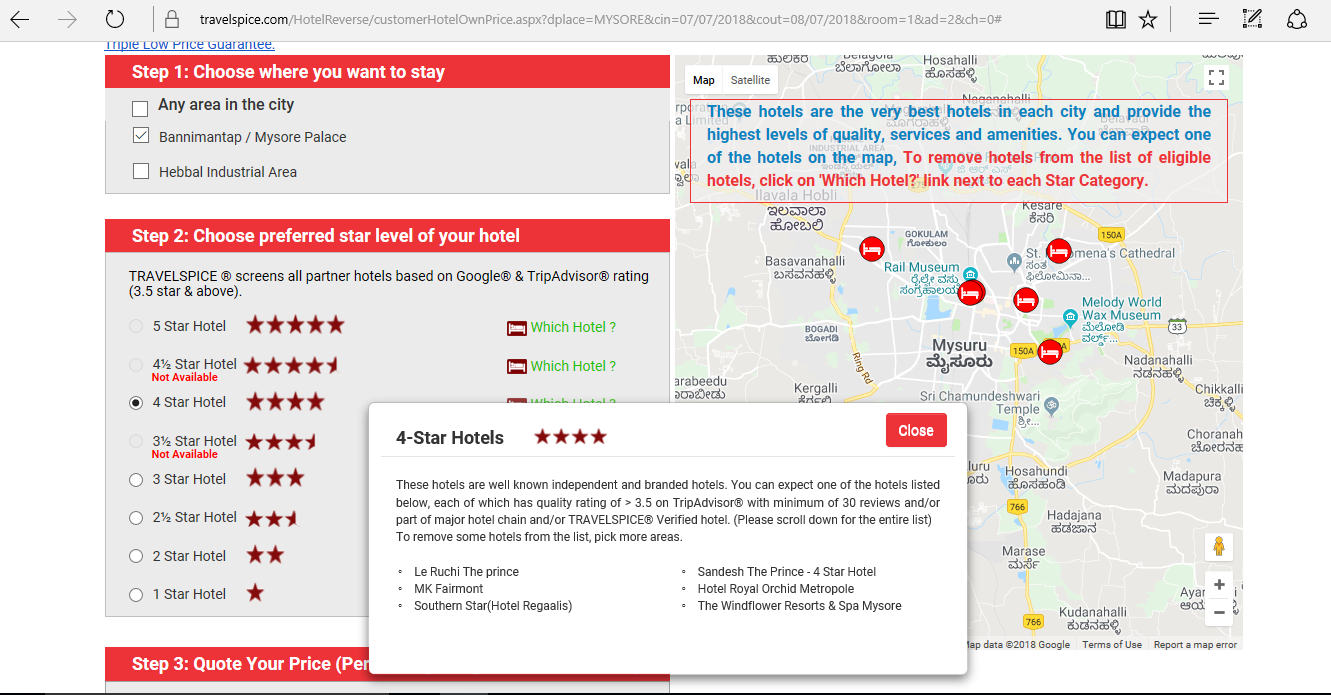 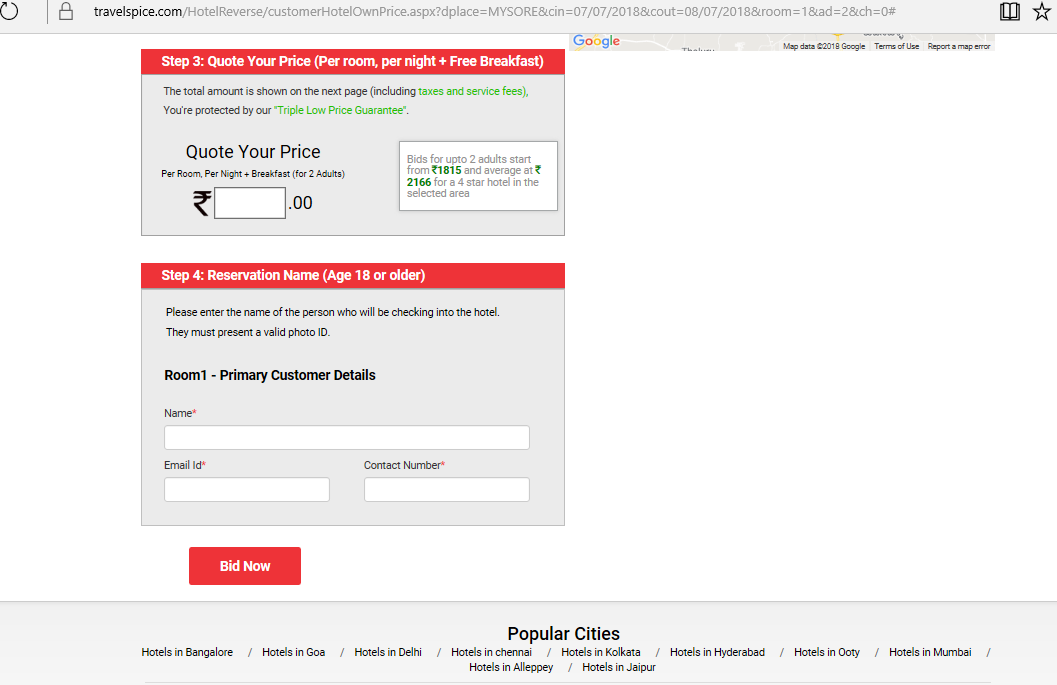 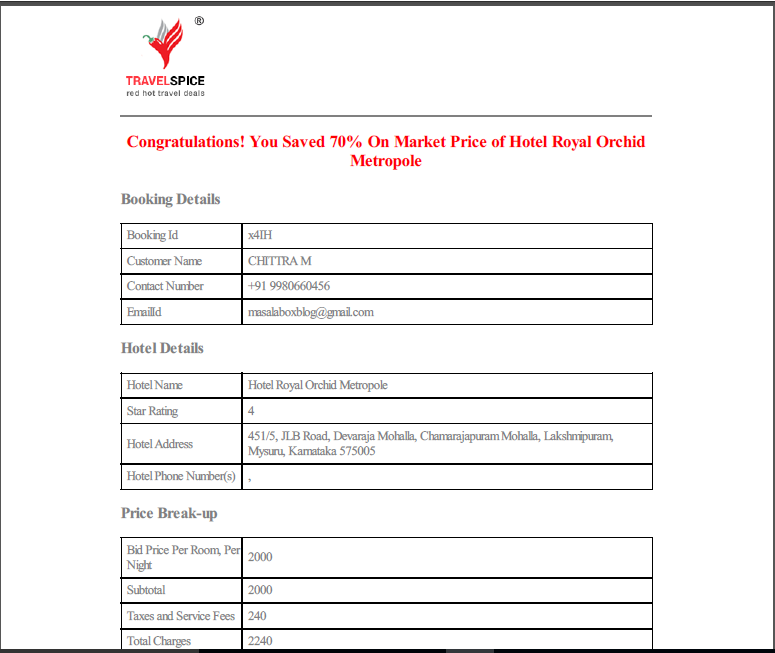 TravelSpice Booking Confirmation[/caption] TravelSpice proudly states, "Within 24hours if you find the same hotel at a lesser price, we will pay Triple the difference".  So I did not waste my time and went around googling about the property and checked with almost all the online hotel booking platforms. The cheapest I could find for the same room with breakfast, non-refundable option was at Rs.4600/-. I thanked my stars for getting the property at half the rate and was all excited to check out the property. Oh and the customer care was prompt to call and update about the booking, remind me about the booking the day before and called up to check if the check in to the hotel was smooth.

I would like to brag a little bit about the property too here. Because I have struck deals in the past through online hotel booking sites when there are sales and those rooms turned out dingy or like the most discarded one in the entire property. This one was not so! It is a good feeling to book a room for just 2K and still get to enjoy the luxury. Royal Orchid Metropole is a heritage property situated at walkable distance from the railway station. It is easily one of the best in Mysore. You already feel like staying in a palace even before you head out to check all the palaces around Mysore. The huge courtyards, the heritage artefacts, the opulent reception area, tastefully done rooms, for that matter even the stairways, paintings and handicrafts! Everything needs a special mention. The room was huge with super comfy bed, writing desk, mini bar, snack corner, chairs to sit and a huge balcony overlooking the garden area and pool. [caption id="attachment_2501" align="aligncenter" width="960"] 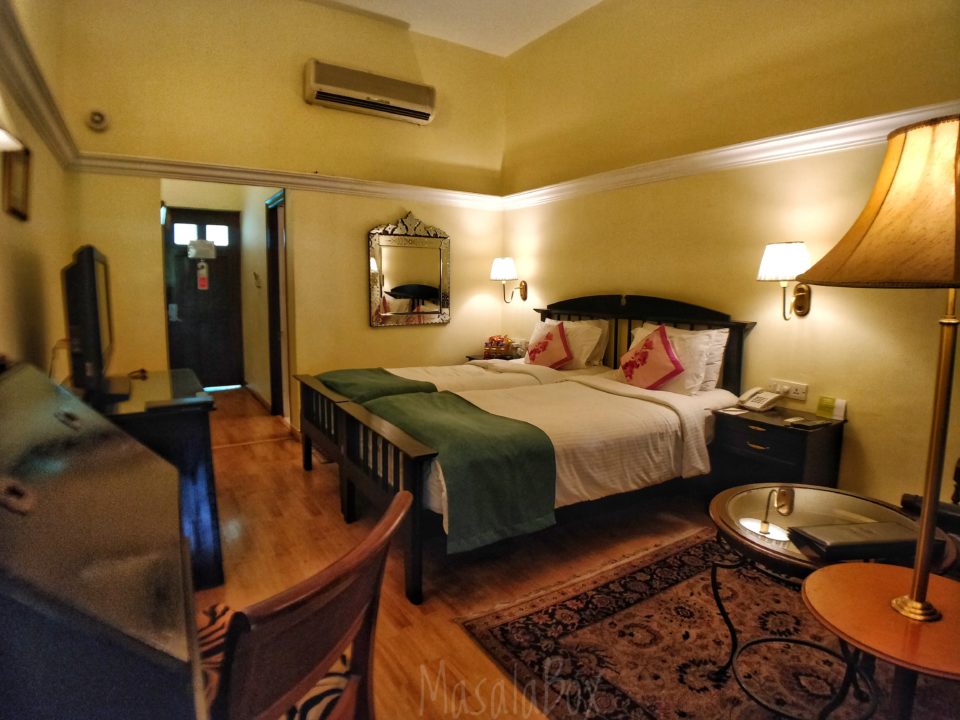 The Room at Royal orchid metrolpole[/caption] The resort also has swimming pool, gym, library, gaming machine, indoor game area, everything to just relax within the place. I spent the night dining in their open air restaurant, watching the moon and stars. The morning buffet breakfast was a huge spread of varieties that you expect to see in star hotels and I munched on yummy Mysore masala dosas. Of course a special mention to the courteous staff who run around to ensure you are pampered! [caption id="attachment_2503" align="aligncenter" width="576"] 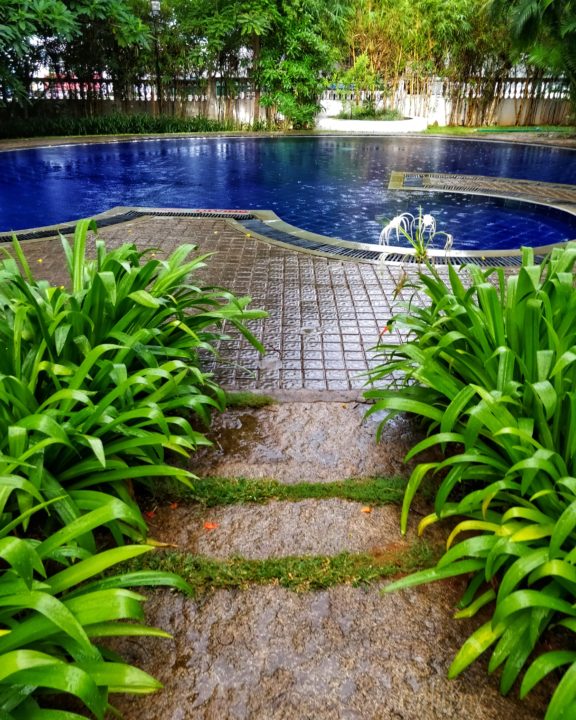 Things to consider while Booking through TravelSpice

TravelSpice gets you a non refundable standard room with breakfast. The underlying term here is non refundable. Keep in mind the bid amount is non refundable in case you are not able to take the trip. If TravelSpice is not able to find you a room for your bid they will refund the amount, so no worries about that. Plus if you need anything like room upgradation or an extra bed, there is no way you can place these additional requests. You can however contact the hotel, pay up additional charges if any and get it done. While bidding for the hotels, try to bid a slightly higher amount than the lowest bid suggested. Why am I saying this? When you look at the list of hotels provided by them to chose under a category there is a mix of price ranges. If you bid a little higher than the lowest bid, chances are it further narrows down to getting a deal with a high end resort. There is no way you will booked a hotel that is of lesser value than your bid amount. It is like gambling. You bid and wait for it to show you the magic. You can narrow down the locality and eliminate few hotels from the choices if that option is available. And you know before hand what are the hotels that you are bidding against and that makes you comfortable. If you are specific that you want to stay only at this particular hotel, this might not be the site for you. [caption id="attachment_2504" align="aligncenter" width="960"] 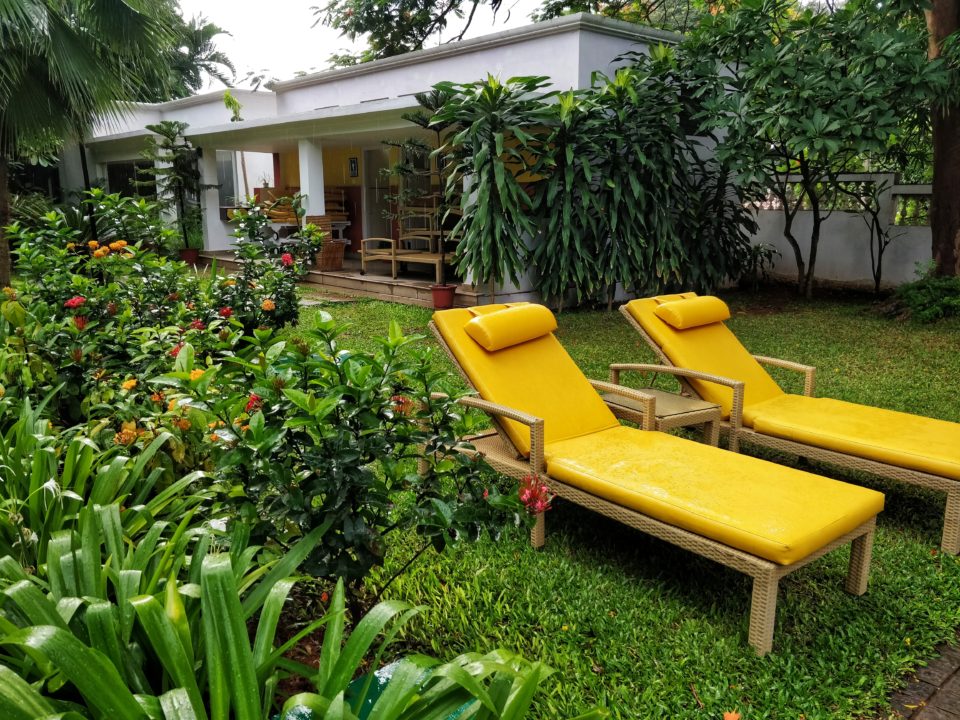 By the pool - Royal Orchid Metropole booked through TravelSpice[/caption] That is pretty much my story of using TravelSpice.com and having a wonderful time at Mysore. What are you waiting for? :)

Pin It for Later Read 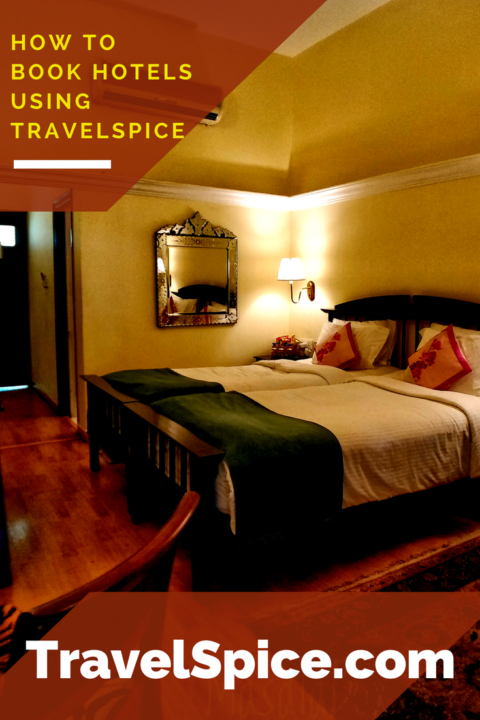 Pin - How To book hotels using TravelSpice.com[/caption]   This post is sponsored by TravelSpice, however the booking process was experimented by me and am sharing my personal views of the bidding platform. Cheers.
Previous Blog

Being from a conservative family can be extremely

Mistook them for playful pups 😬 But they were a