Somebody somewhere is thinking of you

When you are lonely, remember it’s true:
Somebody, somewhere is thinking of YOU..

Nah.. Am not writing Bollywood movie dialogue for SRK.. I used to get so annoyed when I read this line as quotes in FB or when told in the movies with Violin playing in the background or when people tell it to me.. But when I sat down to give a deep thought about it, I realised how true this cheesy line can get..

It might have been a small incident. I was travelling and over a petty issue I was caught in a row, quite helpless. A woman stepped forward and she shouted at the man, defending me. The man snapped back, “What do you have to do with this now?” And the woman’s genuine instant reply was, “I also have children” and she just pulled by my hand and dragged me away from the place. I stood there for a moment stunned by her honest reply and the genuine anger that rose in her for a complete stranger. And then on I knew, once a mother you are always a mother.

I used to go to this blind school for a while, sometimes to teach, sometimes to read out and sometimes to do clerical work. Once a guy walked up asking if anyone could read out the lesson for him to take notes. The way they write the braille script is, they poke the needle to leave deep embossed marks on a paper with the help of stencil. With the speed at which he was poking down the needle so close to his fingers, I was scared he would pierce his fingers any moment. And every time I would slow down he would push me to read fast. When my eyes couldn’t take it anymore I said, “I am worried if you would pierce your finger. May be you should slow down”. The guy laughed and replied, “I have been doing this for more than ten years. I know what am punching.” And then I realized how their senses were more alert. The school taught me a lot and whenever I see a visually impaired person, I get reminded of that guy and I know they can make their way out even through the busiest streets.

I was waiting at the bus station to board the bus. I am scared of dogs and if it is stray dog I have the fear that it is going to pounce on me anytime. The place was full of stray dogs that night and not much people around. There was another girl and she patted the stray dog on its head. The dog got super excited and pounced on her shoulders. I was completely taken aback, clutching my bag tightly I stepped back. She must have been a dog lover for she hugged it. And soon five to six dogs surrounded her, asking her to love them. My very view on dogs changed from then and whenever a street dog approaches, (though am still scared) I think of her.

After a tiring hike of Himalayas which I got into unaware of the complexity, I was cursing myself at the end of the day sitting at the cramped tent with my dinner plate. I was in no mood of eating the hard roti and the watery daal. But then there was my friend sitting next to me and he was at his sweetest, “Eat a little.. Or just drink the dal.. It is hot hot, it has proteins, it will give you all the strength for you to walk tomorrow. You need energy for the long day tomorrow no, otherwise what will you do? We will leave you and go!” Like a mommy asking her kiddo to finish the meal and I turned into this little obedient kid listening to her mom. Once I was done with the bowl I proudly showed it to him which he refilled again and pampered me to drink it. And today when I slurp the dal, I think of him and how he persuaded to add some fuel of energy that night.

For a while I used to take a shortcut from outer ring road to inner ring road of Bangalore to reach office. One day I saw this guy, driving in his Royal Enfield with a half helmet more of a military style, with coolers, half trimmed beard, well in short almost like Maddy and immediately I got this huge crush on him. I started looking forward to go to office just to catch a glimpse of him driving the bullet like a hero with a pleasant smile on his charming face. I would eagerly look into the road wondering from which corner he will emerge and what color shirt he will be wearing. And to add to it I started going late to office so that I get more chances of seeing him at that time of the day. Now that I no longer take the route, every time I see someone riding the bullet with a half helmet I think of him. The point is the guy has no idea about all this and wouldn’t even know who I am.

“Excuse me mam, would you like to have your food”, the air hostess asked to a half dozed me.
“Ya sure. What do you have?” As though they have hundred options.
“Mam, some rolls, sandwich, cake and juice”, she was extending the already packed meal.
“Does the cake contain egg?” This was my next spontaneous question.
“No mam. It doesn’t” She moved on to the next passengerafter handing over the food pack.
I was holding the packet in my hand stunned by what I had just asked and started laughing. I am one person who eats everything that comes out of sea and land and sky. My vegetarian friend had so much influence on me that the moment I saw cake, I asked her regular question, “Does this have egg?” And till date when I see cake I think of her and make it a point to get it eggless for her.

It was a bright sunny evening and I was waiting for bus in front of my office. There was a beautiful girl in a sleek pencil skirt and white formal shirt balancing herself on a tall stiletto. She was constantly pushing aside her straightened smooth hair intentionally made to fall on her face. Every other guy who passed by turned to take a second good look of her. Her chiselled face looked up once in a while to check if the bus was approaching. But then every time she looked up and sway her head, she would spit! Eeeww.. She was spitting and spitting and it irked me so much that I walked off to the next bus stop. And now every time I see a beautiful girl well fit into her dress, I think of this girl and wonder what is there behind that modern outlook. 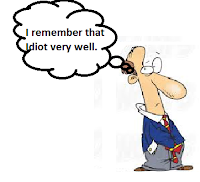 I used to work out in a gym where this guy would think of himself as a macho man and walk in wearing the shortest of the shorts and the tightest of the tee. I have hardly seen him working out. All he would do is stand in front of the mirror, check out his muscles, try hairstyles, give advice to other guys, dance for the songs and sometimes howl like a wolf. And when a girl is working out he would try lifting weights and show off. Such an attention seeker. I was punching the boxing bag thinking of his face for he is a big turn off when around. He walked up to me and tried giving some advice which and whom I completely ignored. He was walking around and around that I asked him to take it over and moved aside. The show off started punching the bag in all directions, the bag swung in full speed, he turned to give his macho smile, the bag hit right on his face and the show off fell off. He managed to sit down with shock but I could not find any pity and tried hard to control the smile spread on my face. Many others were sharing the same feeling and other guys were more than happy to laugh at him. From then, when I see show offs, gym, boxing bag or tight tee I think of this guy and his bewildered punched face. Dishkoom..

So you see somebody somewhere is always thinking of you, they might be your loved one, someone whose life you touched, someone who might be a complete stranger, some passer by, could be just anyone. But but make sure that you better be remembered for something good and not for your stupidity 🙂 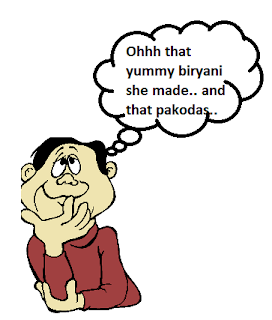