The streets of Porbandar were lined with savories and sweet shops that I had to stop multiple times to sample chikkis, doklas, rusks, teplas, pathrode.. But the evening was setting in and I had to rush to Kirti Mandir, the birth place of Mahatma Gandhi at Porbandar. I was at Gujarat and I cannot miss following the footsteps of Mahatma Gandhi. So here I am at Porbandar. Porbandar is stuck in 1900s, the old buildings, the old markets, the havelis surrounding the market, its a charm that you do not want to miss. Walking past the flower markets into a narrow lane opens up to the neatly done walls of Kirti Mandir. As you step in you feel calmness, a silence falls in automatically in spite of the crowd, no wonder it is called as a temple.

Kirti Mandir is a memorial built around the house in which Mahatma Gandhi was born. It is a three storey house with doors and windows in olden style kept intact. There is a room for Ma Kasturba, a reading room as well as Mahila library and a room which is a museum of pictures, handicrafts and things used by Gandhi. We are in 2010s and Porbandar still appears to be a small town. And to imagine Gandhi went on to pursue higher education out of this small town then or even to think a man from this small haveli moved a whole nation, gives me goosebumps.

The photos in the museum are way well restored. As I walk past them they speak volumes of history to me. From Gandhi standing with his young bride to people mourning at his death bed, there are so many photos that reflect his life. There is him sitting in deep discussion with Nehru and Patel, and then there is him playing merrily with children. One photo shows thousands of people walking with him to Dandi and on another he is seen working alone on his Charka. Then there is his family pictures. I stand for a moment in front of Kasturba’s photo. Great men never or hardly have time to tend to family and without a backbone like her, who raised the family as well as supported his political movements it would not have been possible to become the ‘Father of our nation’. She was 14 when she got married. I took a bow and moved on from the museum.

There are life size oil paintings of Mahatma Gandhi and Kasturba Gandhi. I paid my respects and left a note at the visitor’s book. I stood in the middle of the courtyard and looked around for one last time. Imagining little Gandhi playing in this very house. Imagining Gandhiji walking down the steps and Kasturba watching from the room above. The caretaker ushers me to move out as the closing time has approached. My next destination is to visit his humble ashram at Ahmedabad.

How to reach Kirti Mandir, Porbander

I was at the Gates of Sabarmati Ashram sharp at 8.30am. The caretaker gave a surprised look as he unlocked the gates and let me in. “Am yet to clean the place but you can walk around. And if you want, switch on the lights inside the museum”, he said as he took the broom to sweep. Sabarmati river was glistening at a distance in the morning rays of the sun. There are pictures of him here too. The museum here talks more about Mahatma Gandhi’s teaching and preaching. There are letters written by him and exchanged with other dignitaries. Newspaper clippings on events. With no crowd I took my sweet time to read through so many historical events and learnt a lot. I read through his verses and they seem to still hold good for the current political situations! What a visionary.

Sabarmati ashram is also called Satyagrah ashram and Gandhi ashram. The Ashram itself is small. A kitchen and two rooms. A small hut beside the ashram where Vinoba Bhave stayed. And a front living room or Bapu’s personal room which still has his Charka. The morning rays were filling up the room and it all looked so divine. While Porbandar threw light on his personal life and how he grew up, Sabarmati Ashram throws light on his political life and how he lived.

Every time I visit such a historically important place I get carried away. I sat on the steps leading to the Sabarmati river. Parrots were flying by and a cool breeze from the neem tree brushed the back of my neck. There cannot have been a better place to be chosen to build an ashram. But also to think, how such a serene place was the epicenter of the mass movement like Dandi march leaves me puzzled. I was elated to think am at the very place where history was created. I got up to leave. Sabarmati was jingling along. May be she witnessed all the historic events and in the depth of the river lies the greatest moments. 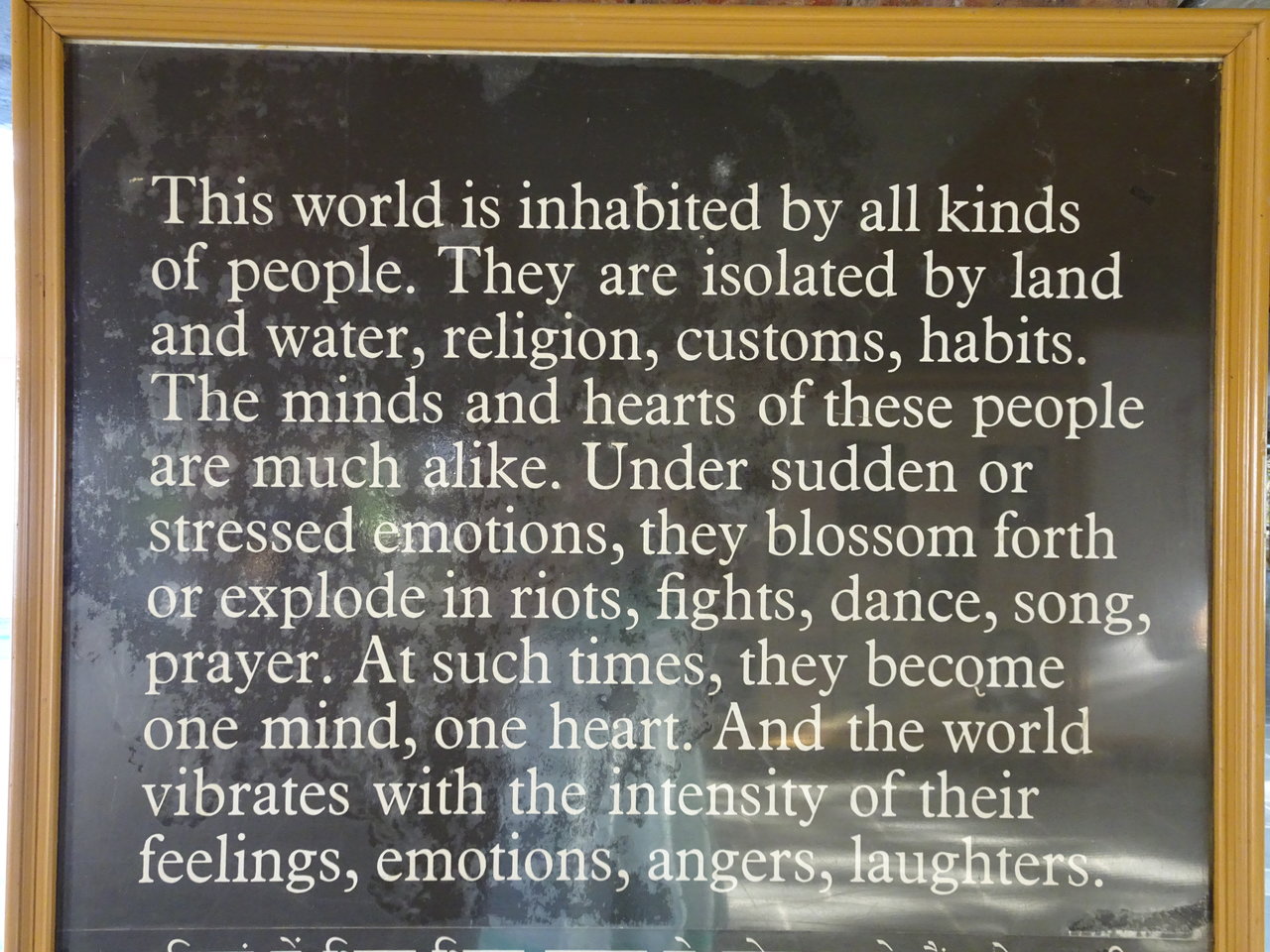 How to reach Sabarmati Ashram, Ahmedabad

PIN IT to your Board