India / Travelogue
A month back social media was abuzz about a wildlife photography contest being conducted in Central India. As much as I loved and wanted to participate in it, I was just back touring the wildlife parks of Central India and so I decided to skip. But, here is a coverage of the event and some stunning wildlife clicks from the Wild Clicks photography contest. ISUZU Motors in association with Canon India conducted the 7th edition of Wild Clicks - India's Only Live Wildlife Photo Contest in Satpura National Park, Madhya Pradesh. Wild Clicks is the brainchild of Nature Wanderers. Since 2010 Wild Clicks has been conducted in various national parks of India and has played a key role in boosting tourism and local employment in upcoming tourist destinations in the wildlife space.  Nature Wanderers is also India's premier wildlife tourism company and you can see them often going on wildlife tours, not just in India but abroad too. [caption id="attachment_2489" align="aligncenter" width="720"] 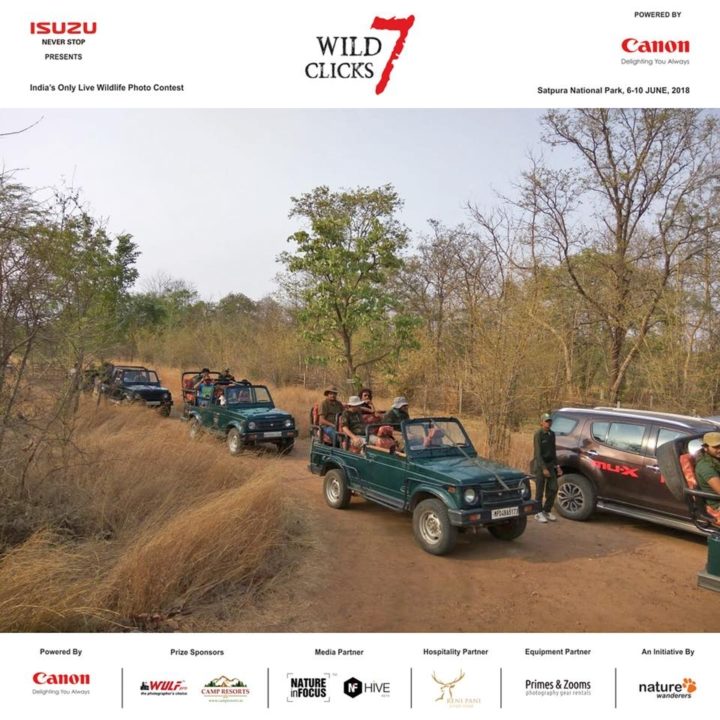 Contestants out on Safari at Satpura National Park[/caption]   Wild  Clicks Season 7 was conducted in the Satpura National Park. Satpura is known for its diverse landscape and abundant wildlife of all kinds. The contest was held from June 6 - 10 at the prestigious Reni Pani Jungle Lodge, Satpura National Park. The organisers aimed to ensure equal participation and to provide a platform to photography enthusiasts. 48 contestants were chosen after a screening process and live themes were given to these contestants who worked hard for the next 4 days. It is fun to have a live wildlife photography competition, to drive together into the jungle and shoot pictures in similar situation, yet each would come up with different perspectives. [caption id="attachment_2485" align="aligncenter" width="1280"] 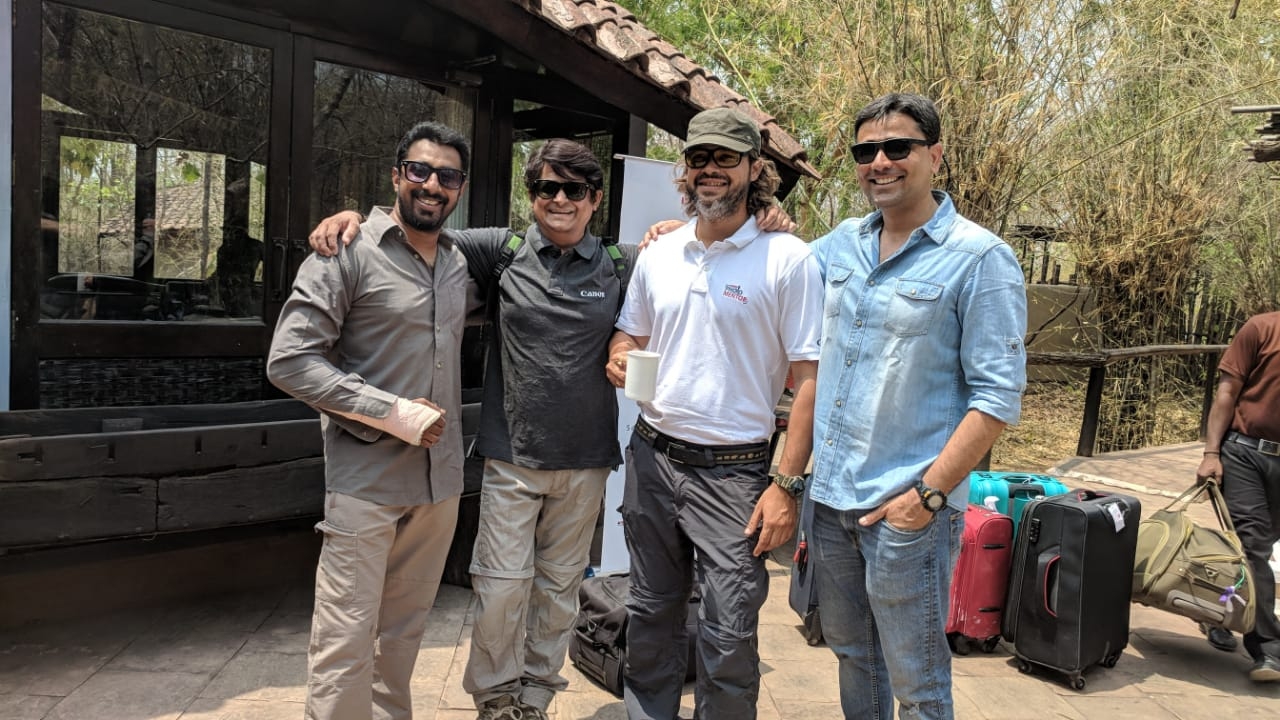 The Mentors[/caption] A mentor panel headed by Canon Photo Mentor and ace wildlife photographer Shivang Mehta gave necessary guidance to all the contestants and helped them to plan their journey in the competition. The contestants were judged on the basis of a-cap-on equipments they use, identical shooting conditions and in a defined time frame. This provided the contenders with an equal platform to showcase their creativity and talent. After a 12 hours of rigorous judgement process that lasted throughout the night, the winners were declared on the last day of the competition. The contest was judged by Mr. Jagdeep Rajput - India's most veteran wildlife photographer along with wildlife film-maker Mr. Vikramjit Singh Bahl [caption id="attachment_2483" align="aligncenter" width="840"] 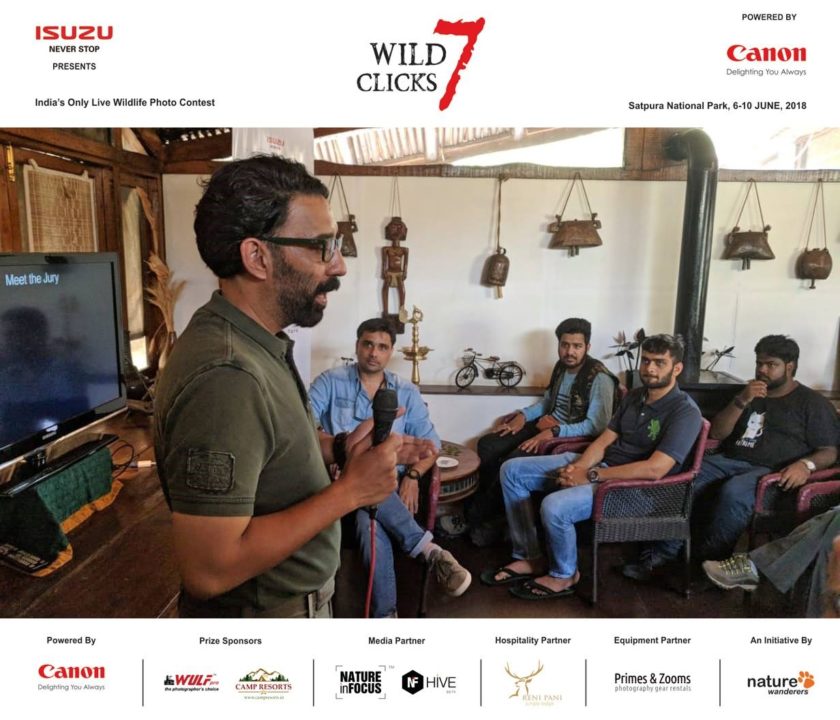 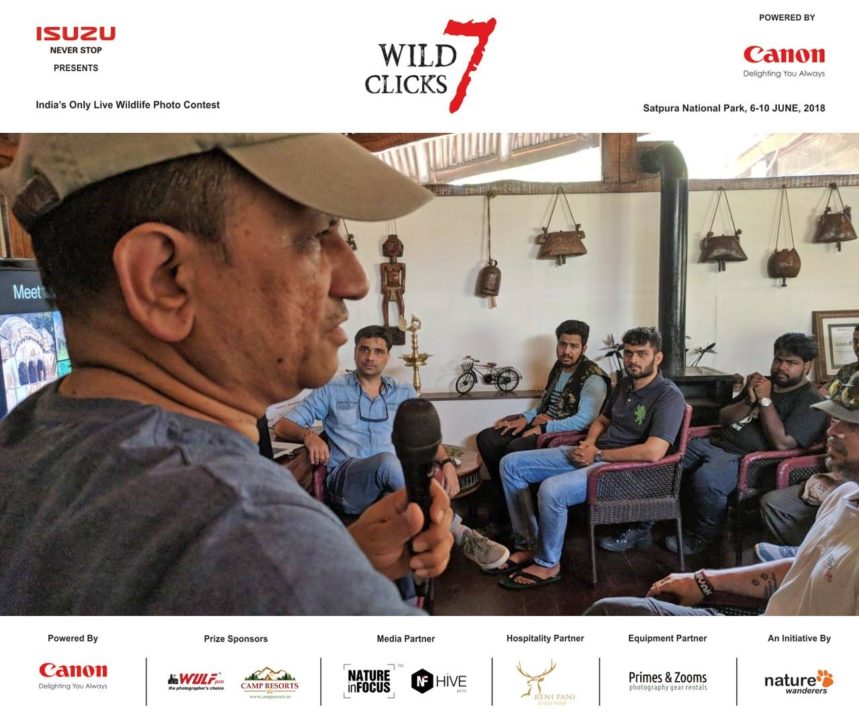 Jagdeep Rajput - Veteran Wildlife Photogrpaher[/caption] Announcing the winners of the competition, Shivang Mehta, Canon Photo Mentor and Managing Director of Nature Wanderers said, “Through the 7 editions of Wild Clicks, we have captured the wealth of talent in the field of nature and wildlife photography that goes unrecognised. We intend to provide the photographers an apt platform and give them equal opportunities to display their talent.” “With a unique biodiversity, Satpura National Park is home to a multitude of life-forms and has a picturesque landscaping. It was be an apt environment for participants to shoot as per the themes given to them. In addition, the participants were given the opportunity to interact with leading naturalists and photographers who would give them a perspective on the park, photography and conservation related issues and assist them through their journey during the event,” remarked Kahini Ghosh Mehta, Co-Founder, Nature Wanderers. [caption id="attachment_2478" align="aligncenter" width="785"] 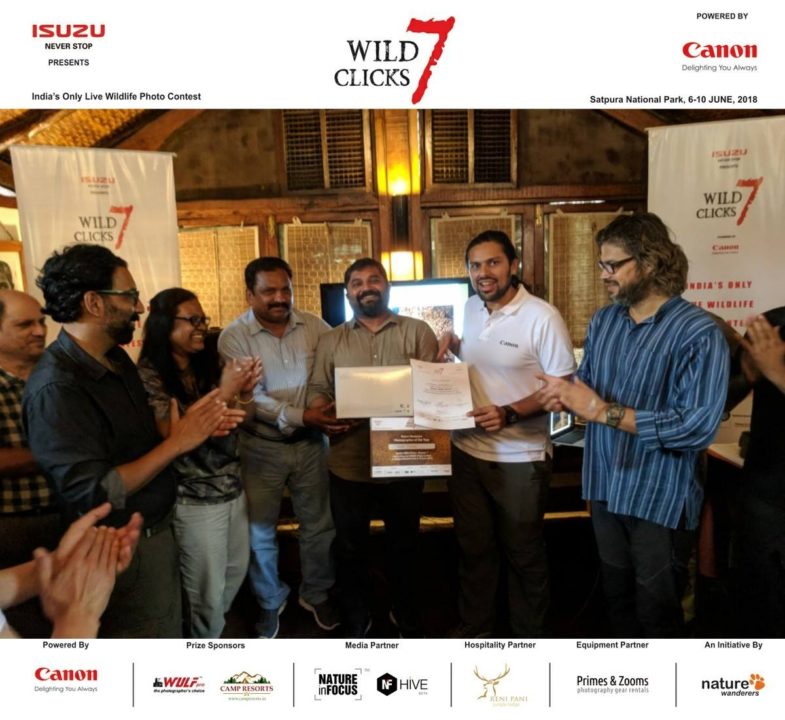 Here are the winners of Wild Clicks Season 7 and their amazing pictures. 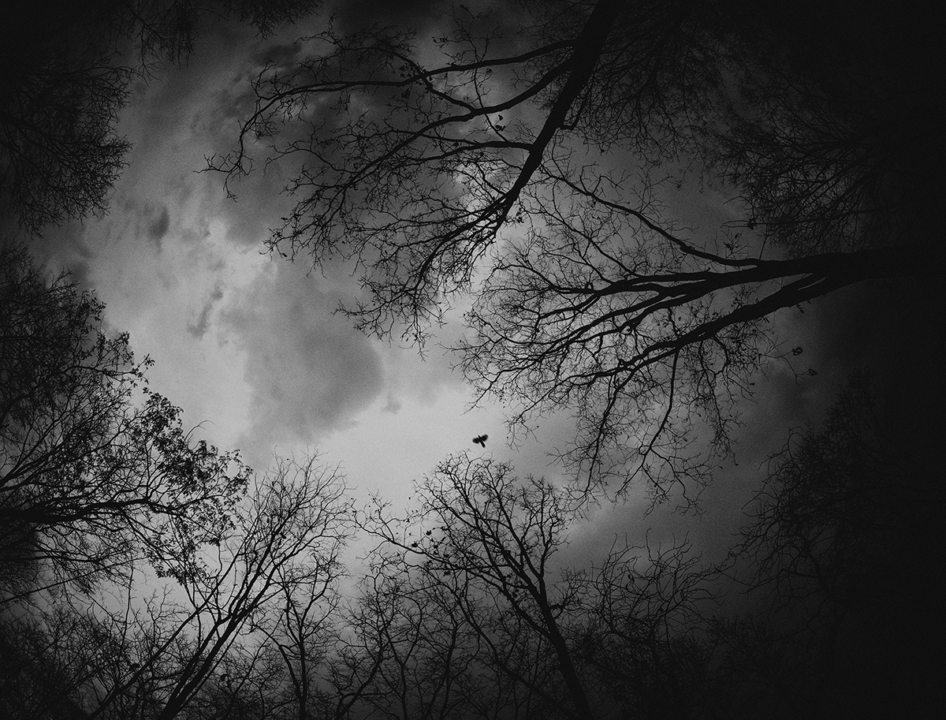 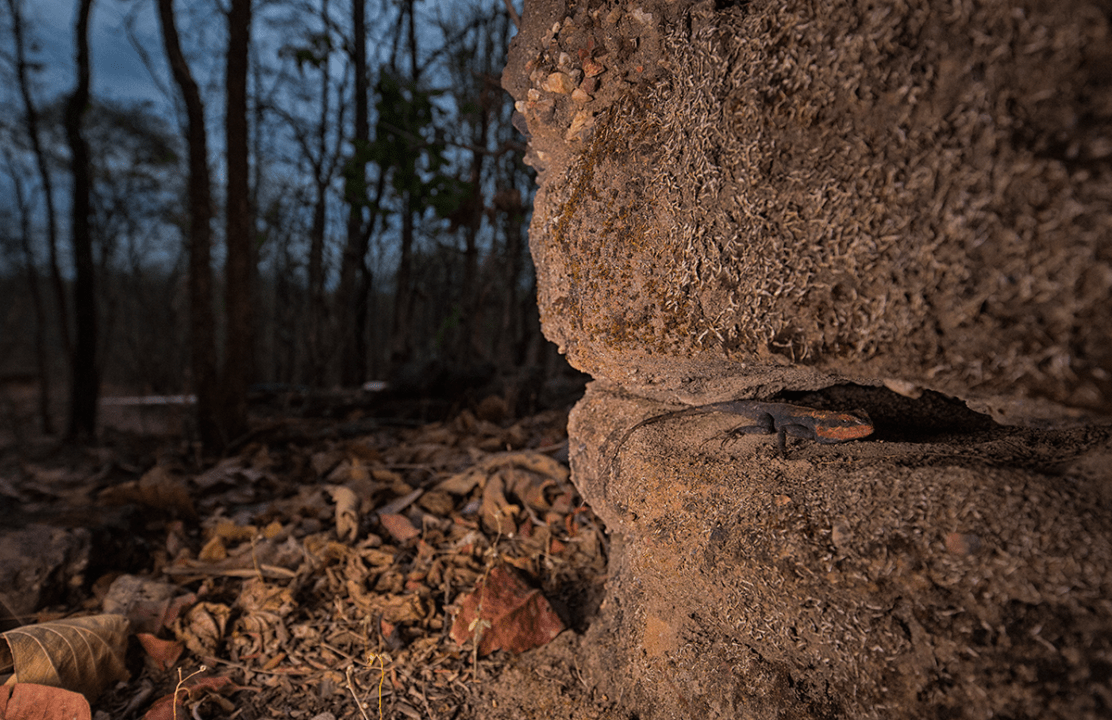 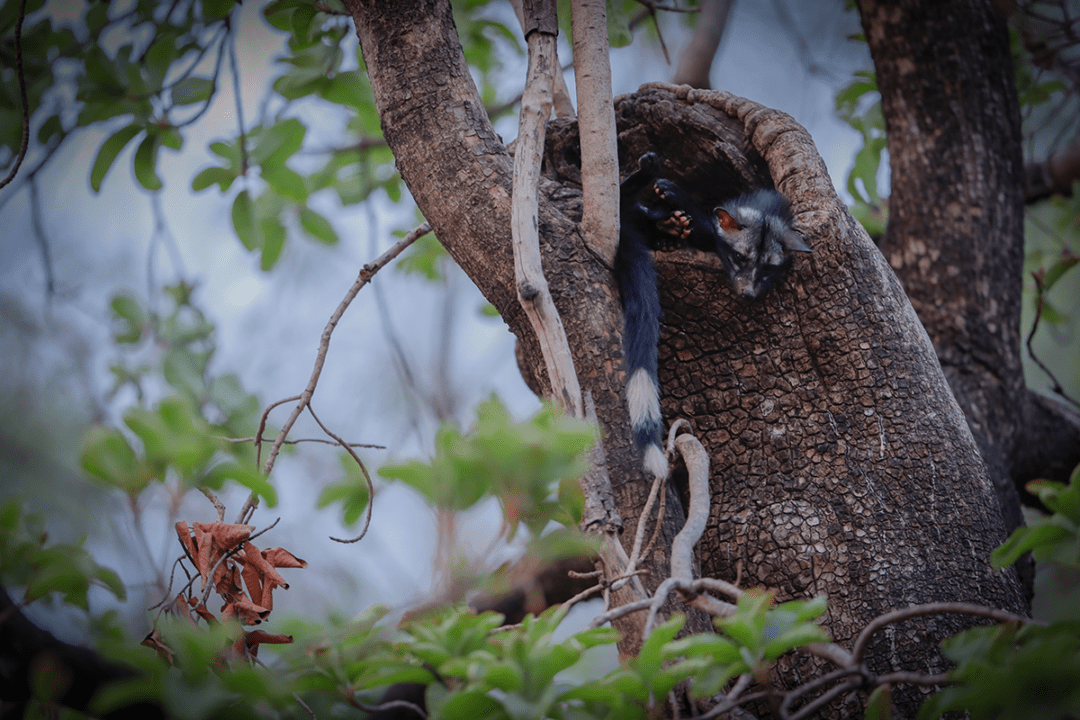 My favorite of the lot. Third prize to Nikil Nath[/caption] 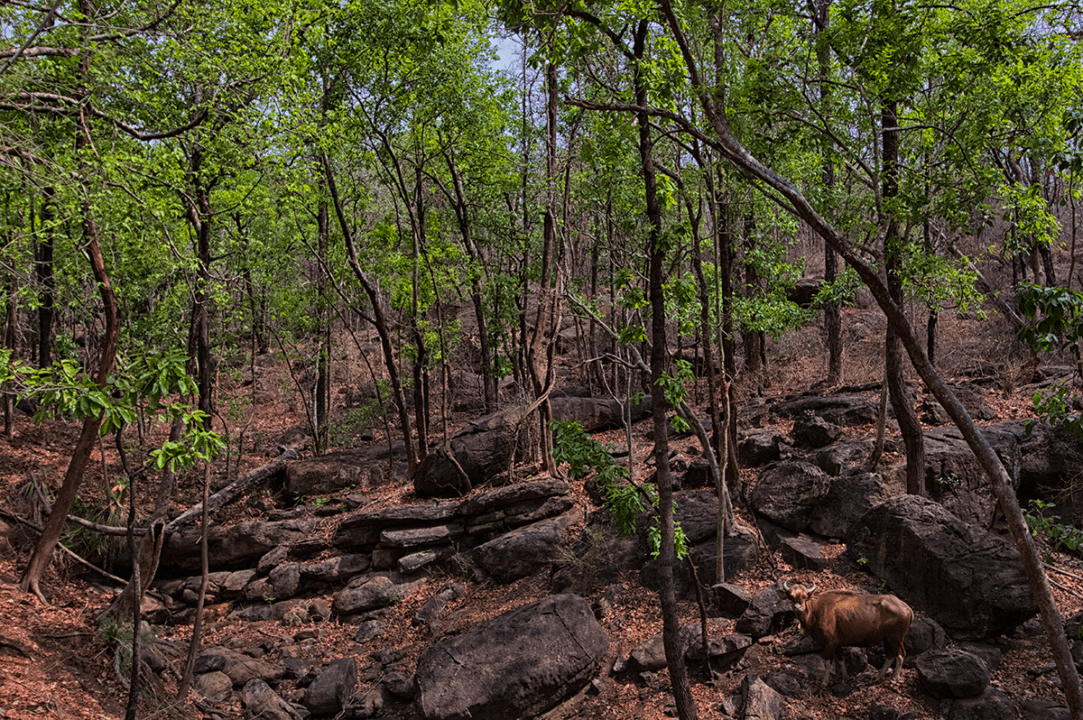 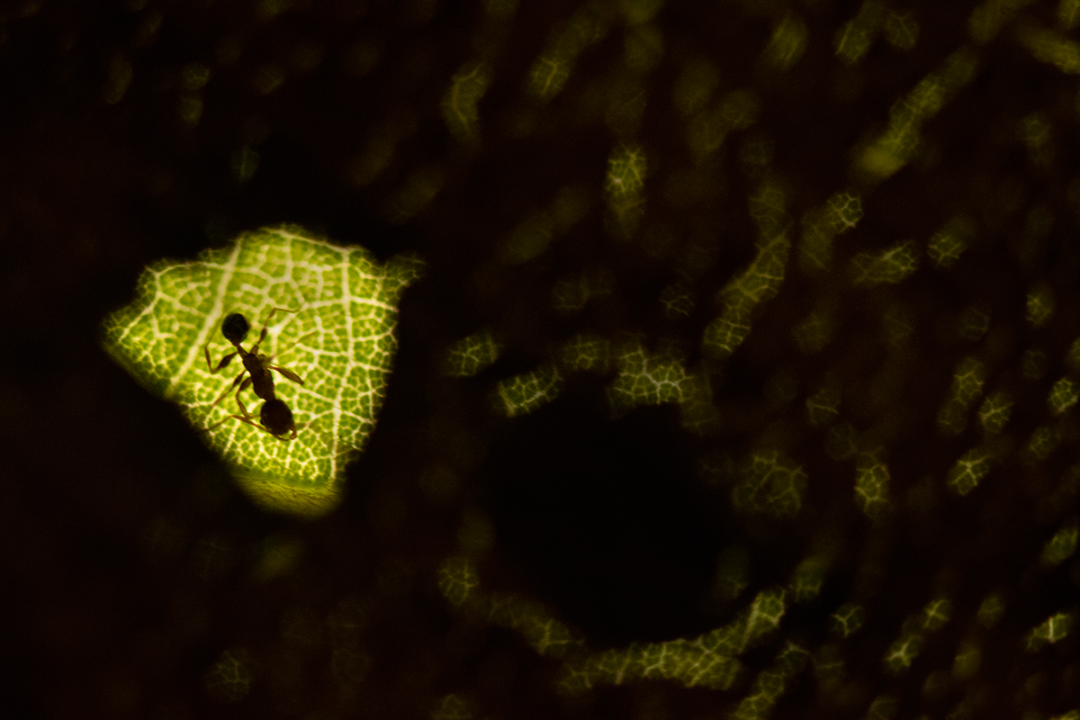 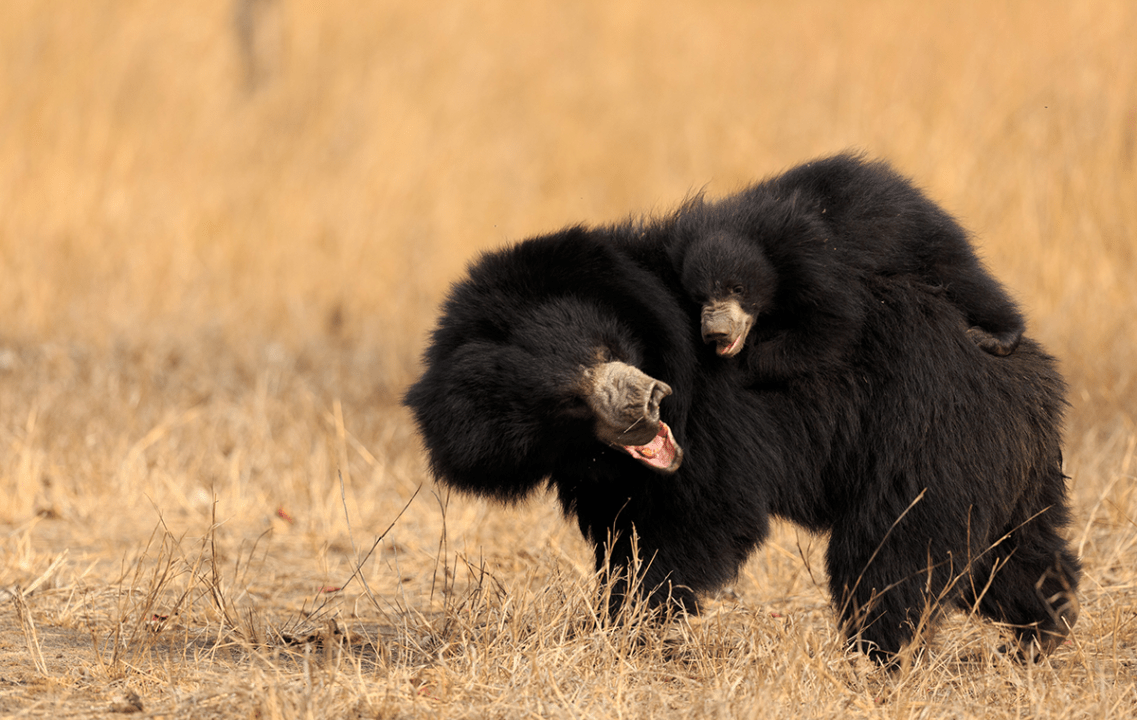 In addition to this 20 honorary mentions were given to the top images in each category. The event was supported by Reni Pani Jungle Lodge as the hospitality partner along with Camp Resorts and Wulfpro as the prize sponsors.
Previous Blog

Isn’t it always a dilemma! Do u order food or no