India / Travelogue
That yellowish golden hue, that perfect size fitting into your palm, that perfectly ripe ones stacked one above the other and when you pick one to smell it, uffff! Just heaven. Why can't they be available around the year? Or is it because it is available only during the season that makes it so special?! Whatever it is, I have realized that I can live with just Mangoes! It all started when I walked to a pushcart and picked one to smell it. "Akka, taste it!" the young guy immediately sliced a piece and gave it to me. Oh yummm!! From then on every day after office, I would walk down the street checking one push cart after another for the perfect mango. And then I saw the ad for Mango Mela at Lalbagh, Bangalore. If push carts around my office could give me so much of joy imagine going to a mela full of mangoes.. So I and my friend started off on a hot Saturday morning to Lalbagh.
"You have brought a backpack!", my friend exclaimed as I hopped into the bus.
"Ya.. Need to fill it na?" hullo, it is a melaaa..
"You know you are only one person in your house right?"
"Ya." and then she saw the mango maniac she has decided to come along with.
[caption id="attachment_390" align="aligncenter" width="678"] 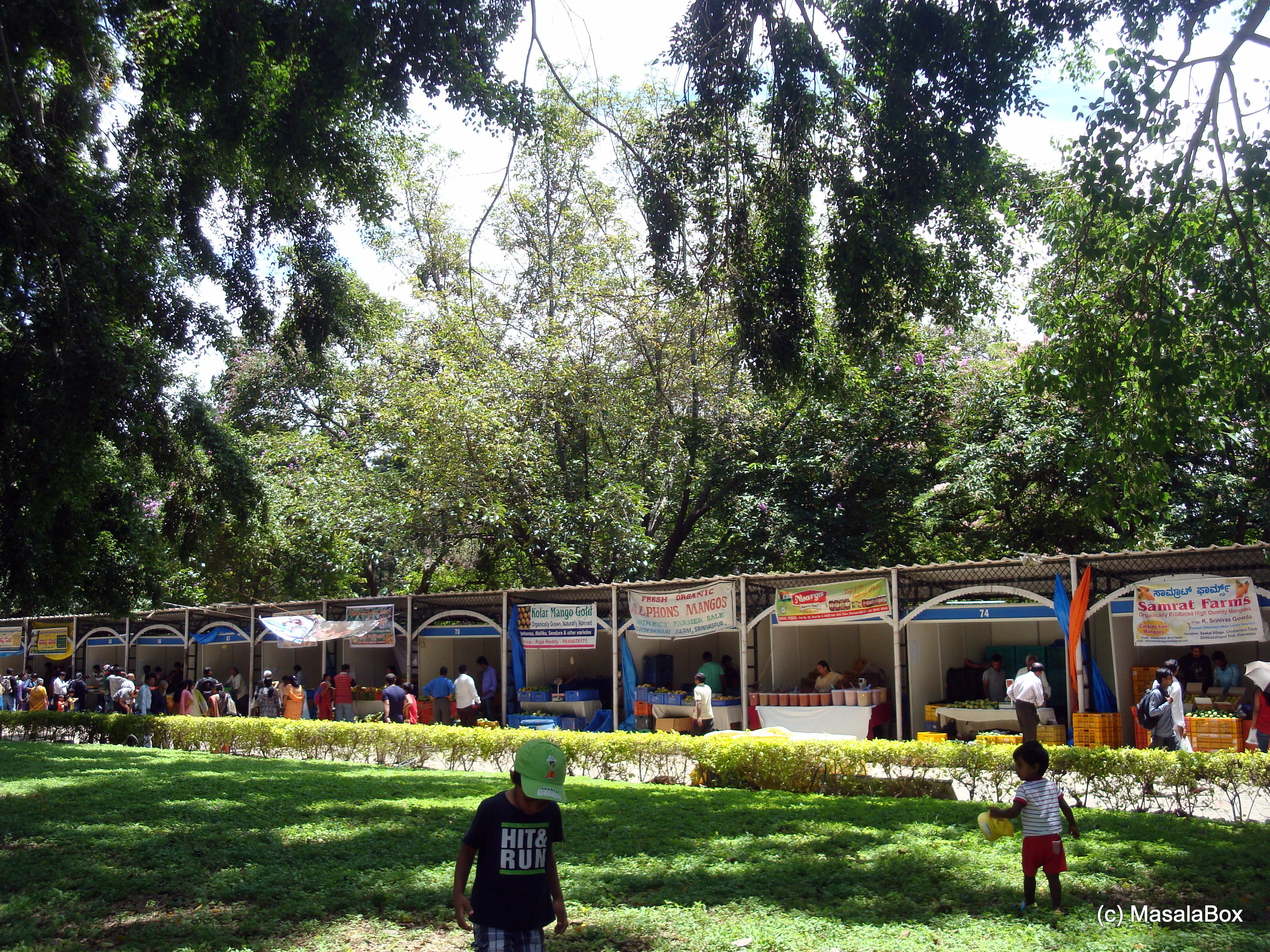 It is June, evenings are drenched with rain but there was no respite from the heat in the morning. As we walked through Lalbagh there was a sweet smell of flowers in the air but the trees refused to give us any cool breeze. They were all standing like the exhibits that we should just watch and move on. After walking past the glass house were the rows of stalls selling mangoes and jackfruit. There were farmers from in and around Bangalore. All organic and naturally ripe Mangoes. Most of it was raw which is good to buy and stock. So many varieties of mangoes. There was Raspuri, Badami, Dasheri, Kesar, Banganapalli, Mallika and Sugar baby. Sugar baby! What a name no. I have never heard of it before nor seen so, pack it! It is small, little bigger than two rupee coin size. The showstopper of the event was of course Alphonso. They were selling at Rs.90 to 100 a kg. It had the awesome hue and smelled great so, pack it!! Malgova was bigger than my palm size, I had to hold it with both my hands. Never ever seen such big one so, pack it! And then Mallika was calling me. It has recently climbed up to the top of my favorite list so, pack it. We still had one more row to walk. One of the stalls was too crowded and I peeked in. Kesar was shouting pick me, pick me so, pack it. "I don't think I should buy anything more yaar, my bag is heavy!" My friend was trying to balance her bags of mangoes and nodded. 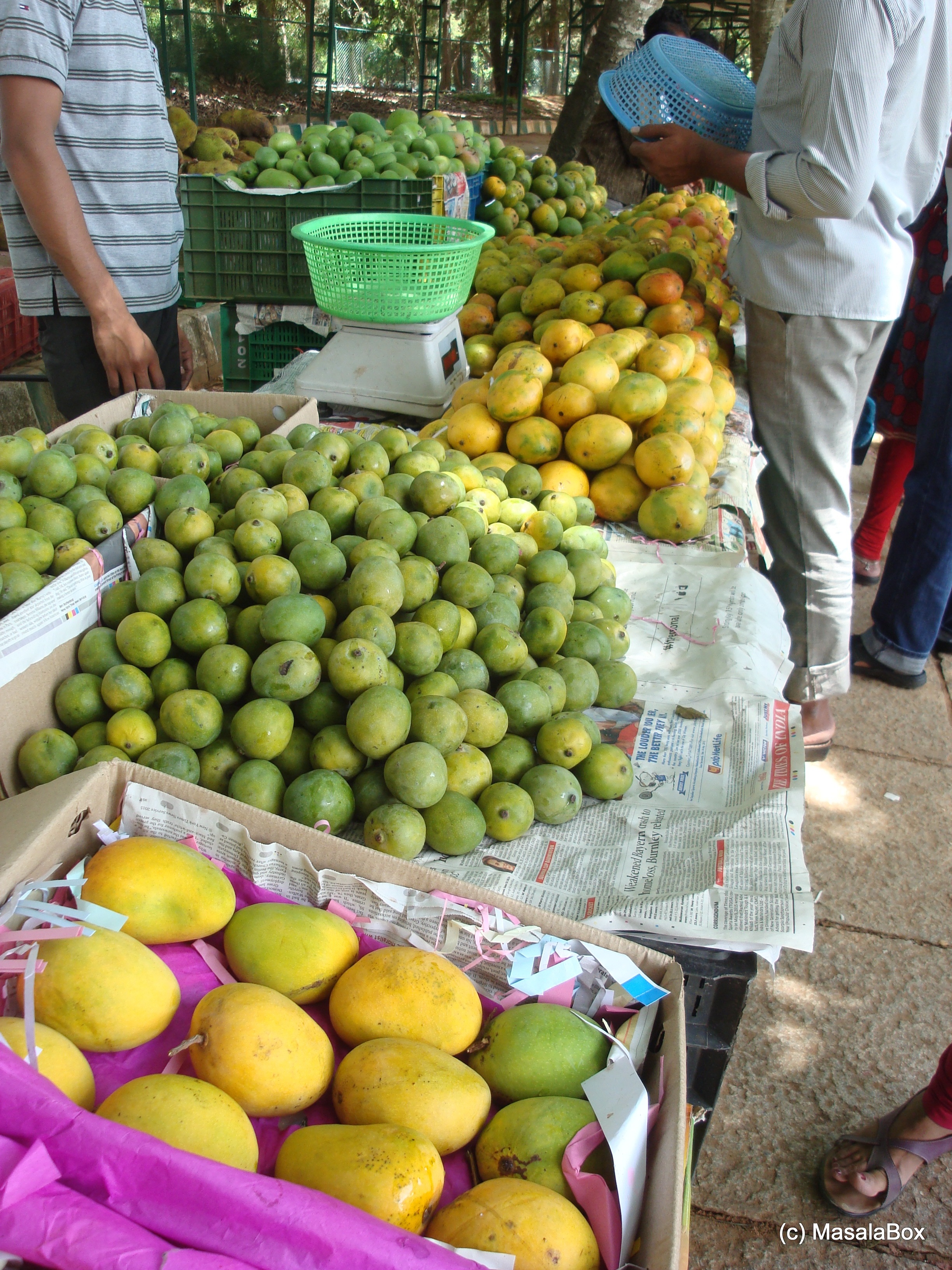 One of the stalls with Mangoes lined up 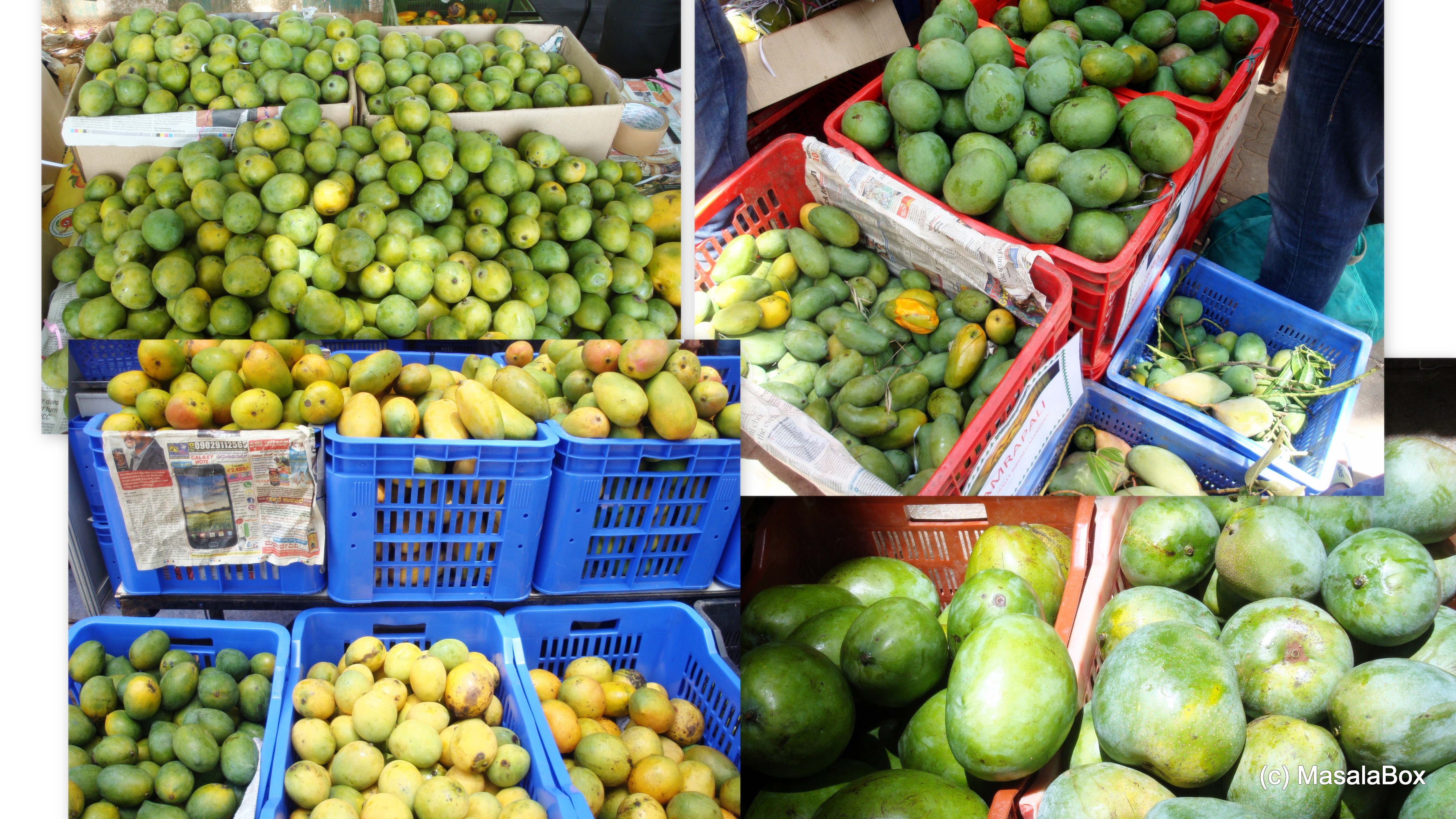 As we walked down the stairs, stalls of Jack fruit were now calling us! Jack fruit was the most surprising find in this mela. All these years, all thessseee yearssssss I knew only one kind of Jack fruit. It has a yellow pulp and that is it! But in this mela, I saw nearly five to six variants. And there was this deep orangish red pulp Jack fruit called Chandra halasu, it was too yummy and different to look. So what did I do? Pack it!! Then there was the yellowish one called Surya Halasu. They were so juicy and yum, so what did I do? Pack it!! I was now uncontrollably running between stalls, tasting different kinds of jack fruit, not able to deny the friendly farmers handing out pieces of the fruit to you, not able to walk away without buying them. The good part with Jack fruit was they were being cut and the slices were sold in dozens. Prices varied from Rs.30 to Rs.50 depending on the variety.

"Are you done?" My friend asked me while I was finding space in my bag.
"Jack fruit chips?" plzzzzzzzz
"Of course you will buy!" So what did I do? Pack it.
"You do remember you are the only person who has to finish all this right?"
"Guess what, I need not cook dinner for another week." :D what more needed?
Few pics from Jack fruit mela,
[caption id="attachment_395" align="aligncenter" width="578"] 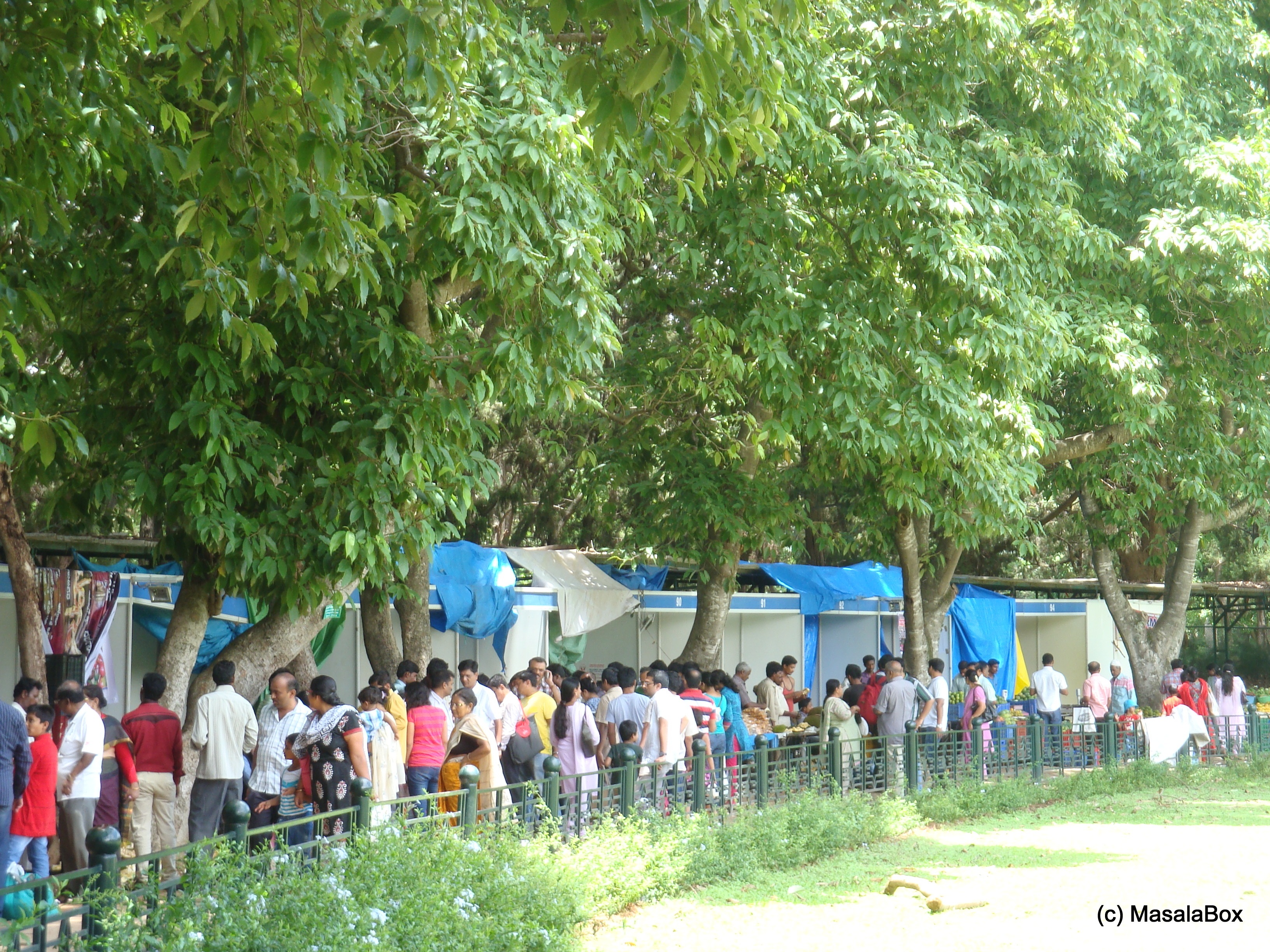 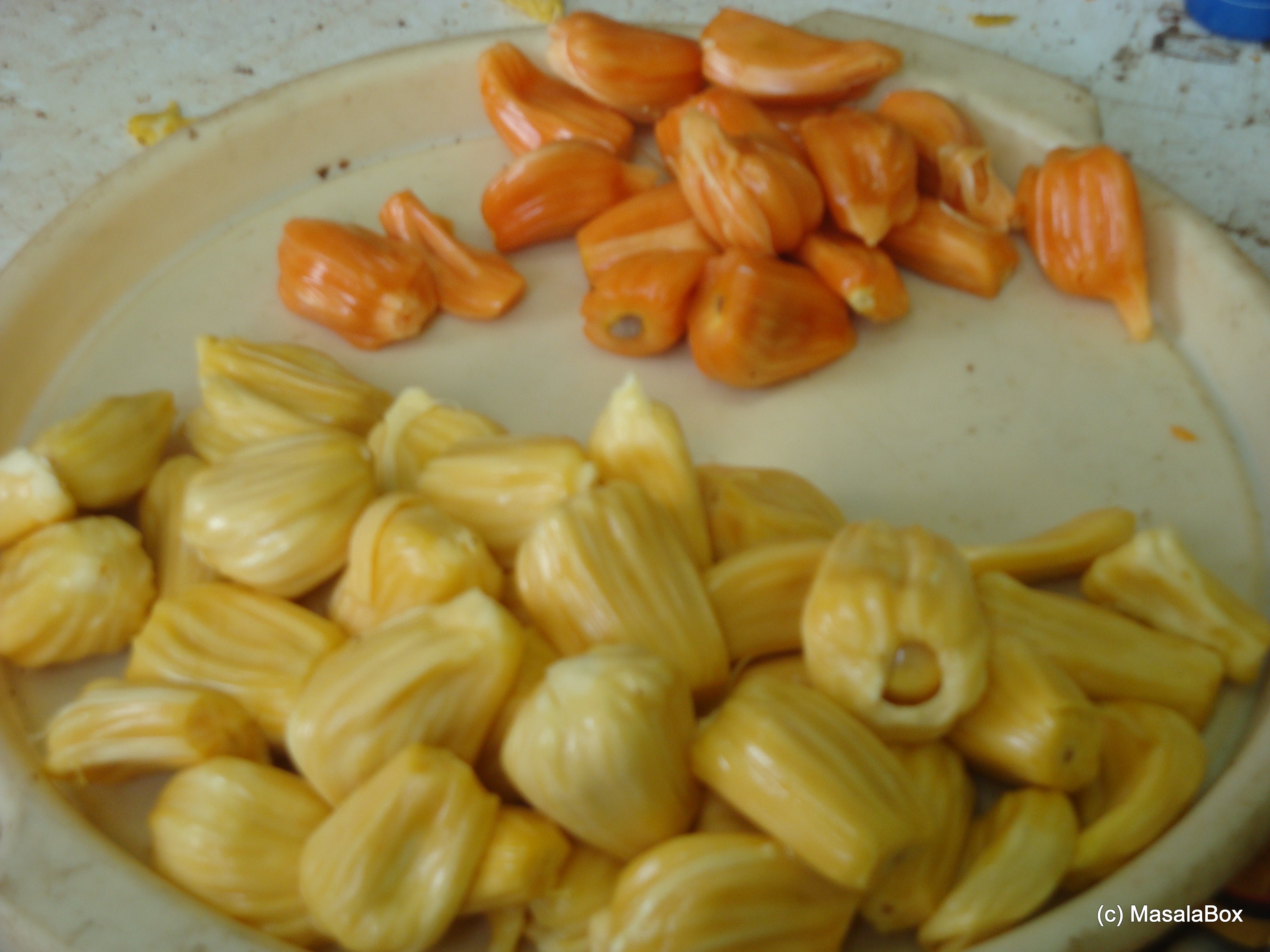 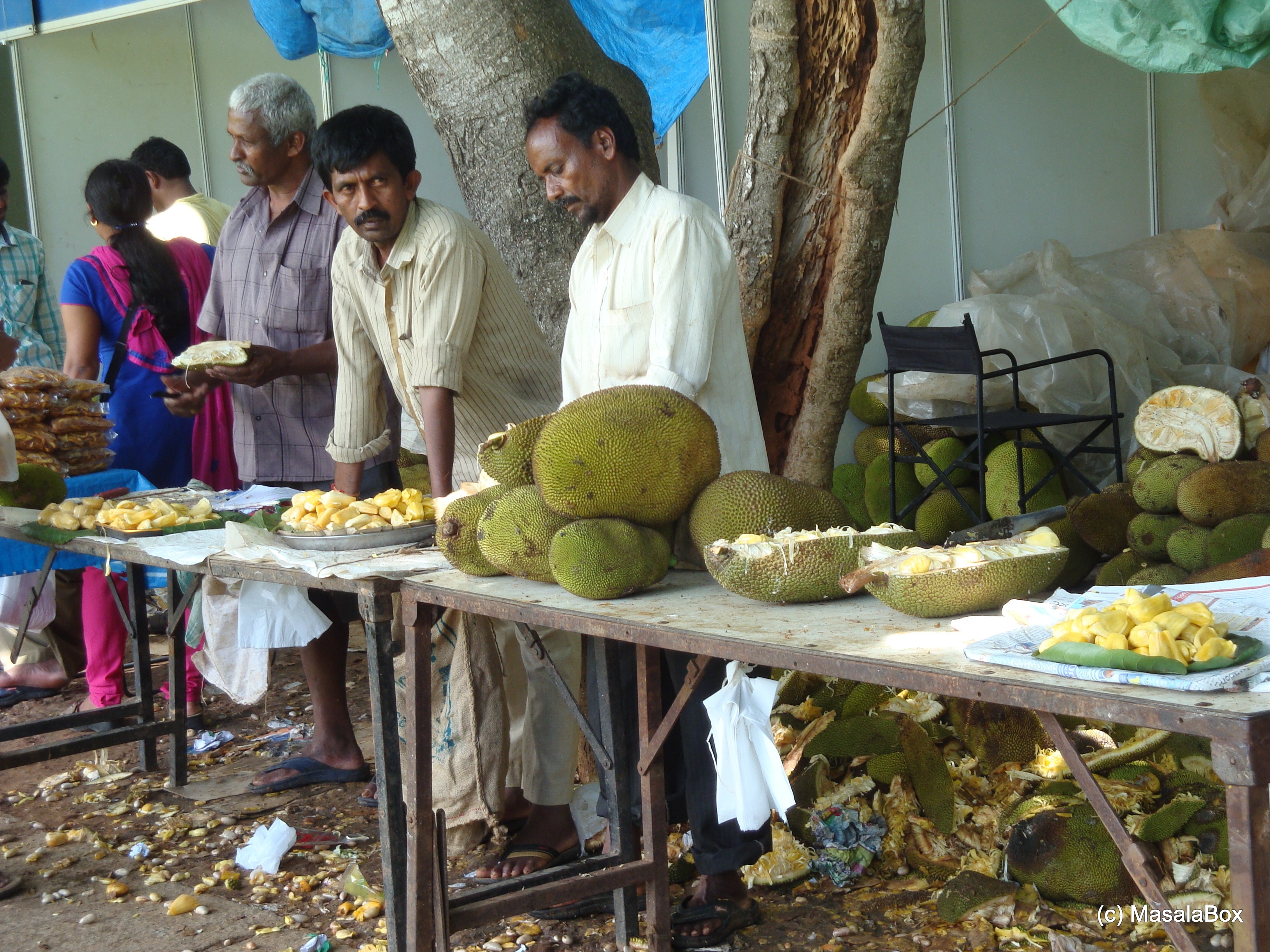 Tips to choose a good Mango:

Onam Sadya and other food delicacies to drool from Kerala

Porbandar Tourist Places – A Day in the City